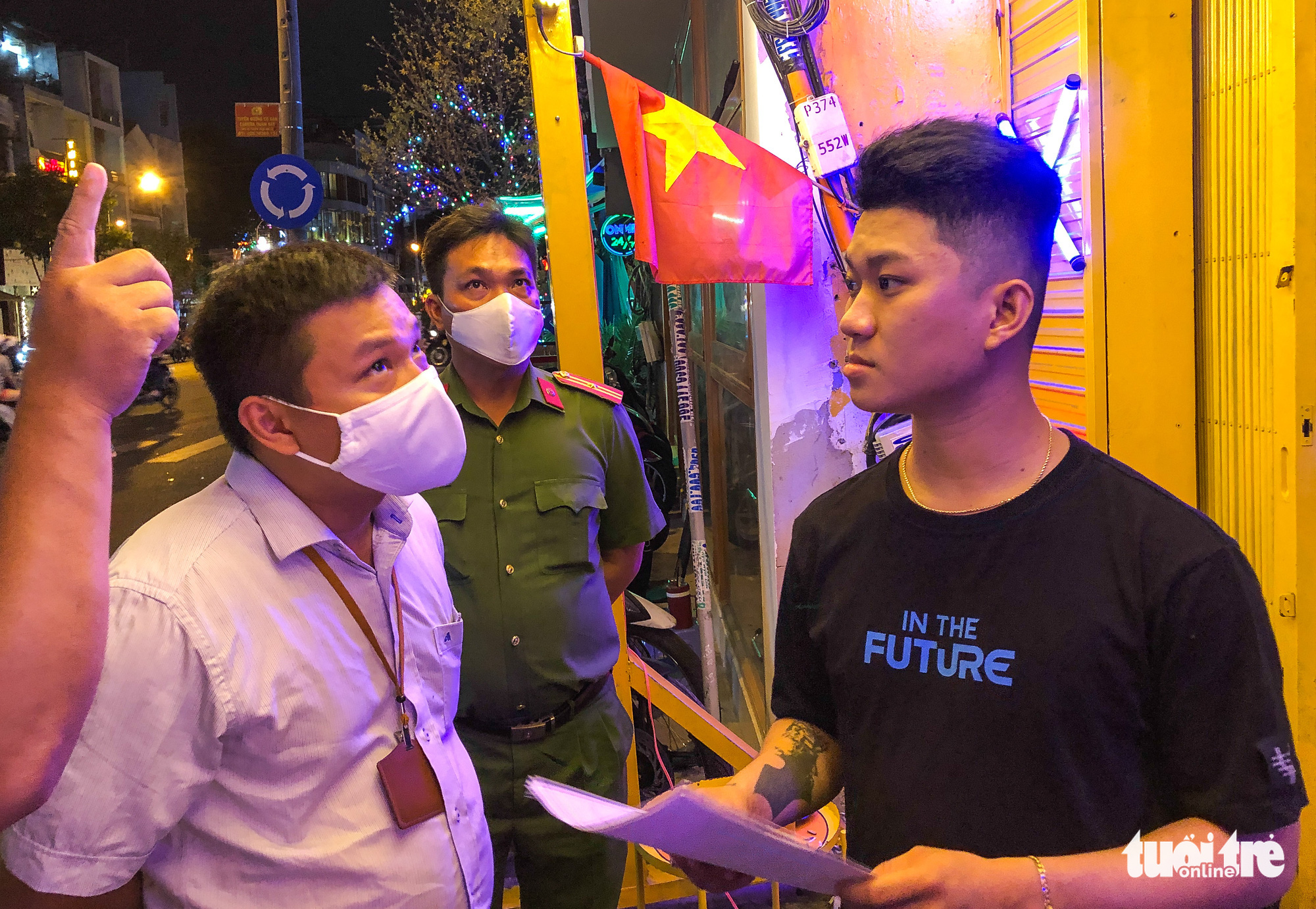 Bars and beer joints on the popular Bui Vien ‘backpacker street’ in downtown Ho Chi Minh City have been committed to tackling noise violations as they were allowed to reopen after weeks of closure for COVID-19 social distancing.

Bars, karaoke parlors, and discos were the last businesses to resume operations in the southern metropolis on Friday night after non-essential services had been told to close down since February 9, as the city raced to squash its latest surge in COVID-19 cases.

On Saturday night, just one day after the reopening, a team of District 1’s Pham Ngu Lao Ward officials conducted an inspection of business activities on Bui Vien Walking Street, located in a busy neighborhood populated with bars, pubs, discos, and beer joints.

During the inspection, the officials encouraged store owners to make formal commitments to not violating noise regulations for the sake of nearby residents.

Over 30 businesses agreed to sign commitment papers presented to them by the authorities.

The documents include such commitments as “not making loud noise that causes disturbance in residential and public areas between 10:00 pm and 6:00 am."

Businesses that signed the commitment can have their business license revoked with no chance of appeal if they are found to violate the terms of their commitment.

A café also had their sidewalk-encroaching store signs confiscated and an individual told off for loud public singing using a portable speaker during the officials’ patrol.

“Since stores in this area are similar, many rely on loud music to attract customers,” Nguyen Hong Linh, an employee at a beer joint on Bui Vien which has been committed to reducing its noise, told Tuoi Tre (Youth) newspaper.

“Our store owner has told employees to keep the volume down after the officials’ reminder."

Pham Ngu Lao Ward chairman Nguyen Hoang Tam told Tuoi Tre a campaign to inspect and measure noise at businesses in the area has been ongoing since before the Lunar New Year holiday in February, with support from District 1 authorities.

Inspections similar to the one on Saturday will continue to be carried out in the coming months and violating premises will be penalized accordingly, Tam warned.

Bui Vien is turned into a pedestrian-only zone from 7:00 pm on weekend nights, where stores are allowed to operate until 2:00 am the next day.

The street is nowadays frequented mostly by locals as Vietnam has closed its borders to foreign visitors since March last year, only allowing entry to those with valid travel needs such as international experts and diplomats.