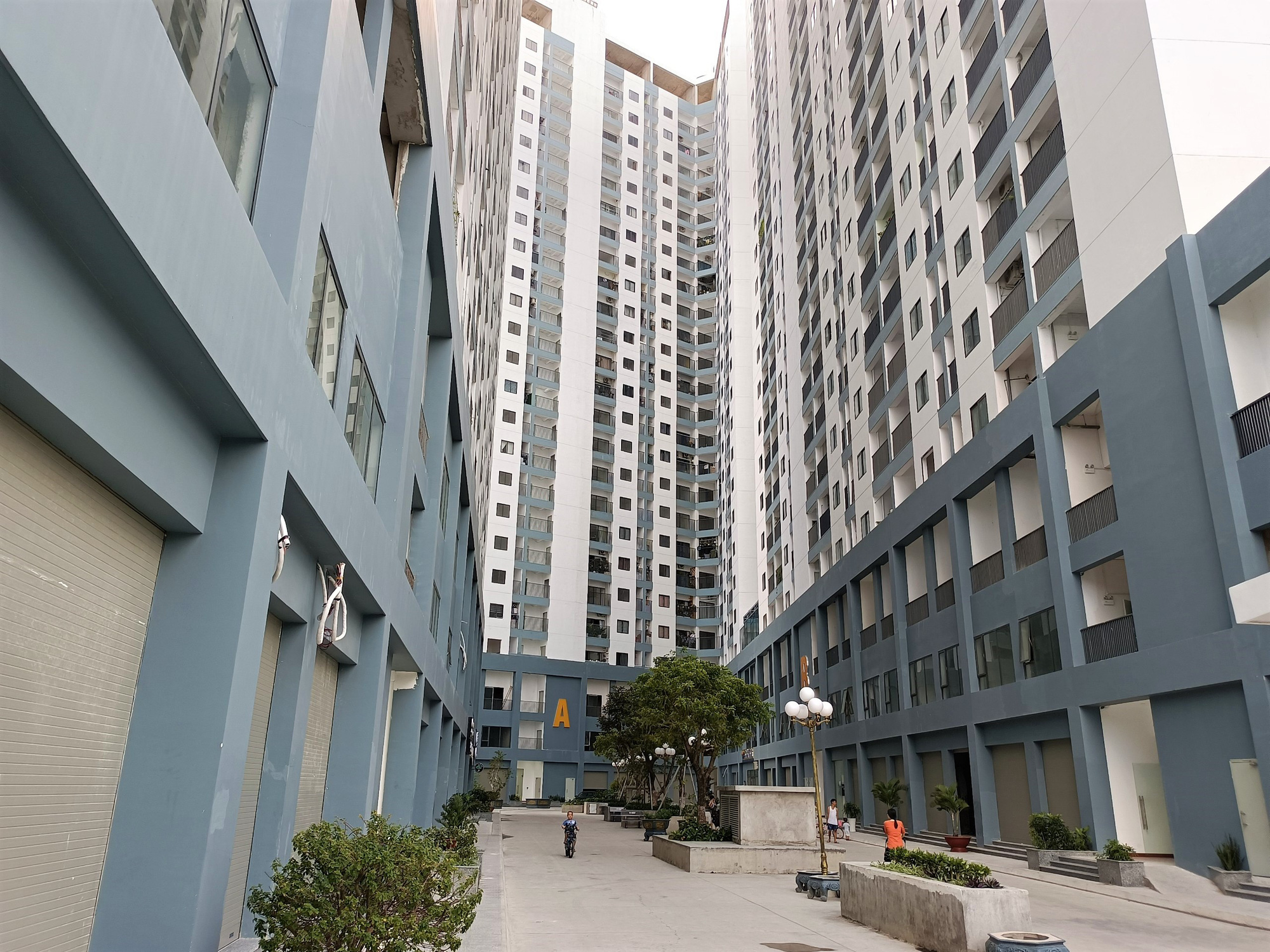 Troubled elevators, cracked glass doors, and false fire alarms are among problems that dwellers at the P.H. Nha Trang apartment complex in the south-central Vietnamese province of Khanh Hoa have been dealing with as their complaints to the project investor remain unsolved.

The P.H. Nha Trang apartment complex is funded by P.H. Nha Trang Commercial Investment JSC on an area of over 9,470 square meters on To Hieu Street in Nha Trang, the capital city of Khanh Hoa.

The apartment building includes 26 floors, one basement, and accommodates a total of 1,272 flats.

According to many local residents’ written complaints, the walls of numerous apartments have been permeated by water.

On March 14 and 15, the freight elevator in Building A kept having problems, including opening without people pressing the open button, failing to close, broken alarm buttons, and even falling.

Cracks have also appeared on many walls, letting rainwater leak through into the flats causing flooding, according to N.T.H., a resident on the 24th floor of Building A.

At H.’s apartment, the sliding glass doors to the balcony have been shattered.

When the residents complained about the sliding glass door problem, the investor blamed it on their faulty use and asked them to handle it themselves, according to T.T.T., a dweller on the 18th floor of Building A.

In addition, faulty fire alarms sound despite no fire or smoke.

According to Tai, the elevator system is still in the testing phase, with inevitable malfunctions being expected.

“It’s incorrect to say that the elevator suddenly fell as it just unexpectedly stopped,” Tai claimed, adding that his firm was demanding an explanation from the elevator supplier and promised a quick resolution.

The chairman clarified that his firm had changed from the previously chosen lifts of Volkslift and Hyundai makes, which had been committed in the contract between the residents and the investor, to Japan’s Fuji due to the former two brands’ failure to supply the equipment on time.

For the complaints that elevator access cards did not work, Tai explained that those cards might not be purchased directly from the investor but outside.

He also said that the residents might unintentionally trigger the fire alarm by sweeping near the alarm sensor or they did actually burn something but denied it.

Tai affirmed that the sliding glass doors were intact upon the apartment handover.

“Within the warranty period, the manufacturer will handle free of charge the faults that they hold responsibility for,” he asserted.

“If the error happened due to the residents’ fault, the residents are the ones who have to cover the expense.”

On the other hand, Tai admitted P.H. Nha Trang Commercial Investment JSC was at fault for the wet and leaking walls.

The company will promptly carry out repairs, he said.

According to N.T.N., a resident on the eighth floor of Building A, P.H. Nha Trang Commercial Investment JSC handed over the apartments to the residents one year behind the schedule committed in the contract of sale between the two sides and has yet to issue official handover documents.

The company has denied any claims for compensation due to the late handover.

According to chairman Tai, the apartment project is still waiting for the Ministry of Construction’s inspection to evaluate its quality and safety before acceptance. The inspection result is expected to come around the end of this month.

“The company technically does not allow the residents to move into the apartment building,” Tai said.

“We merely let them in to add furniture.

“However, as we have yet to establish a management board for the apartment complex, we have been unable to prevent the residents from staying at their flats.”