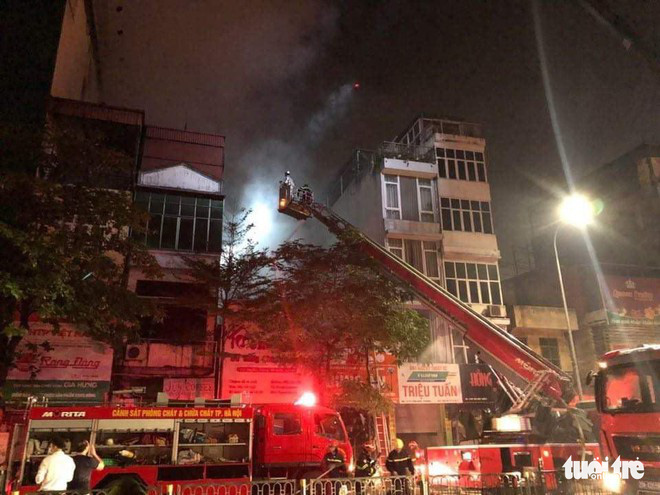 Four members of a family were killed after a fire broke out at their house, which they also used to run a baby store, in Hanoi early on Sunday morning.

The house, located at 311 Ton Duc Thang Street in Dong Da District, began catching fire at around 1:00 am, when the victims were sleeping.

Firefighting police officers arrived at the location shortly after being notified, but all four people inside the house were already dead.

The first body was brought out of the house at around 6:45 am the same day.

Preliminary information showed that the house covers an area of 60 square meters and has three floors together with only one entrance.

The family operated a shop selling such baby products as milk and diapers on the first floor.

They lived and stored their merchandise on the second and third floors.

The fire spread very quickly as there were a lot of inflammable objects including diapers and clothes.

Hanoi authorities have provided financial support to the victims' families.

They are conducting an investigation to determine the cause of the deadly fire.