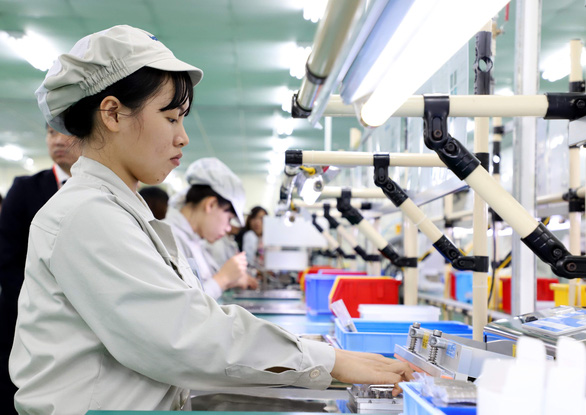 Young Vietnamese account for over 42% of unemployed workers: survey

A 2019 labor force survey recently released by the General Statistics Office shows that the number of unemployed workers in Vietnam topped 1.1 million, including 466,000 workers, or 42.1 percent, under 25 years old.

The youth unemployment rate remained six times that among the unemployed from 25-year-olds, according to the survey.

The report also noted that unemployment rates of young Vietnamese men and women were nearly identical.

There are currently about 7.17 million working-age Vietnamese under the age of 25, occupying 12.8 percent of the country’s total workforce, according to the General Statistics Office.

Of the total of 55.77 million Vietnamese workers, some 54.66 million people are employed, with rural workers making up roughly 67.6 percent of the total labor force.

The number of trained workers sits at about 12.4 million people, equivalent to 22.6 percent of the workforce.

About 16.8 million people over the age of 15 do not participate in the workforce, or 23 percent of the total population of that age group.