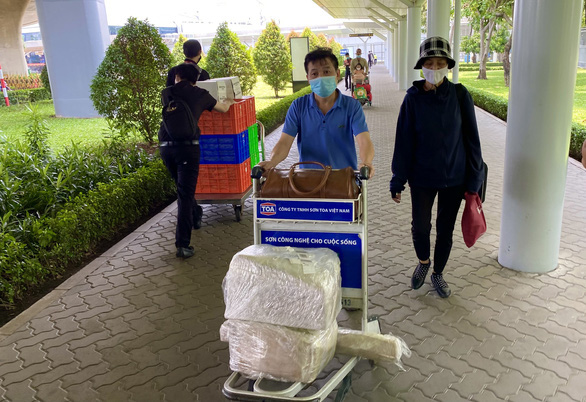 -- The Ministry of Health confirmed two imported COVID-19 cases in Ho Chi Minh City on Tuesday morning, raising the country’s tally to 2,707, with 2,445 recoveries and 35 deaths.

-- The rainy season in southern Vietnam may begin early this year due to the effect of La Nina phenomenon but will last shorter, resulting in a lower volume of rainfall compared to previous years, according to the southern hydro-meteorological station.

-- A fire broke out at Dong Khanh Hotel in District 5, Ho Chi Minh City despite a heavy rain on Monday afternoon. There were no casualties but a lot of assets were burned down.

-- Three companies specializing in building material production have been fined VND210 million (US$9,100) and suspended for nine months for violating regulations on environmental protection in the southern province of Dong Nai.

-- About 200,000 passenger buses and tractor-trailers in Vietnam are required to be equipped with surveillance cameras prior to July 1 in accordance with a new government decree.

-- The Ho Chi Minh City Department of Transport has requested that three new elevators be installed at the multi-story parking lot of Tan Son Nhat International Airport before April 30 to prepare for surging travel demand during the upcoming holidays.

-- Two people on a motorbike were hospitalized after being hit by a falling tree during a rain in District 1, Ho Chi Minh City on Monday afternoon.

-- Japan’s Enshu Railway Company will invest in the establishment of a subsidiary focusing on software development in Vietnam in July, according to the Vietnam News Agency.

-- The Vietnam Automobile Manufacturers' Association (VAMA) has announced that its five members sold 701,454 vehicles in the first quarter of 2021, down 4.05 percent year-on-year.