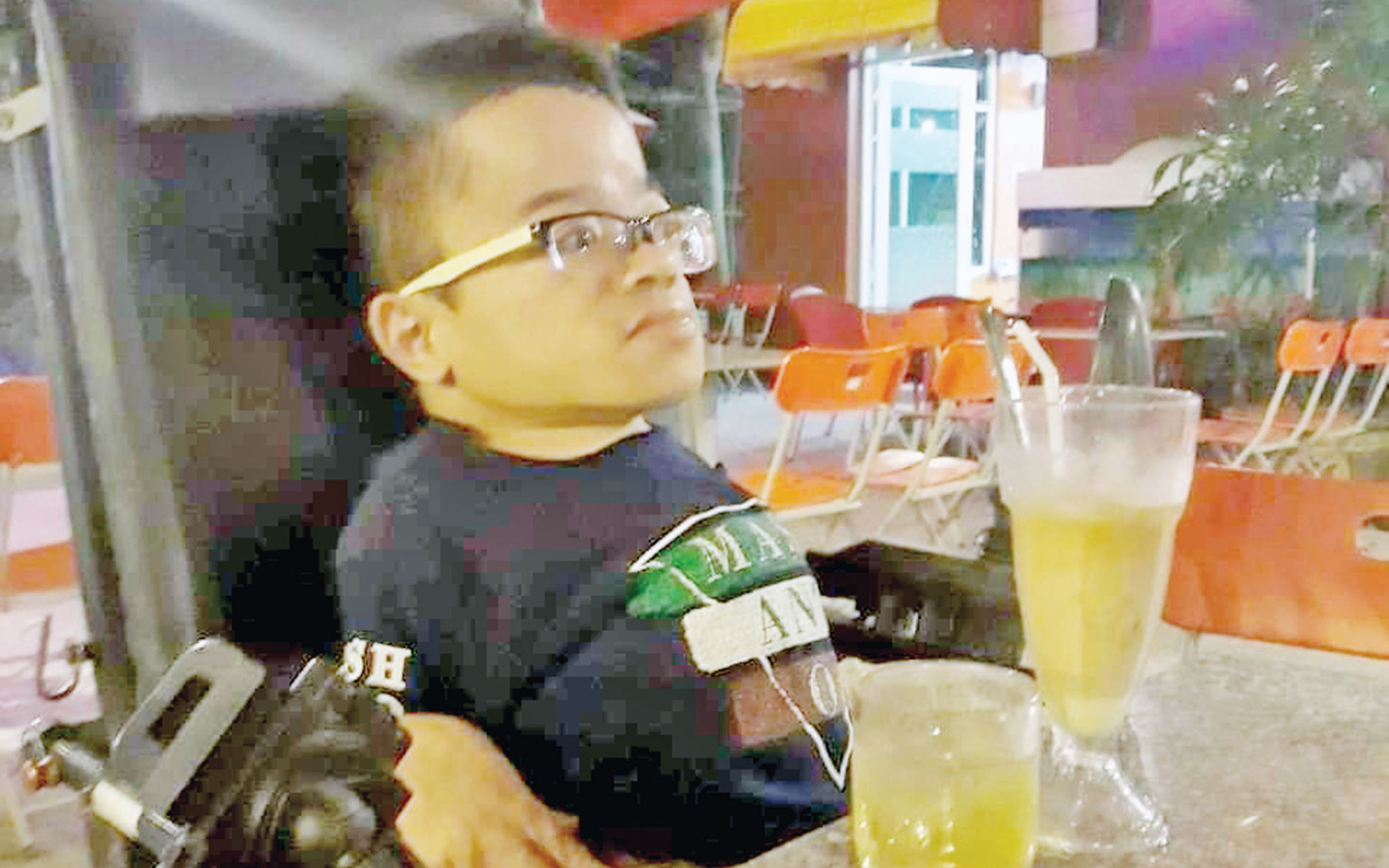 As some YouTube content creators in Vietnam leech off a disabled man’s private life for views, the video platform has failed to protect him and his loved ones against such cyberbullying.

Pham Huu Tho, 36, was born with limb defects and later acquired hearing loss that caused his career options to dwindle.

In 2017, he took his first shot at selling goods online – a job that Tho soon knew was most suited to him because it did not discriminate against his disabilities.

By 2018, Tho had already made enough to pay his bills thanks to the explosion of online shopping in Vietnam.

It was also through the Internet that Tho met his future girlfriend Pham Thanh Hoa in 2019, when she was a factory worker who ran a small online business as a side job.

Hoa would source her goods from Tho, and frequent chatting between them eventually led the couple to fall in love.

After introducing Hoa to his family in the southern beach city of Vung Tau, Tho decided to relocate to Hanoi with the girlfriend so they could move in together.

Their relationship was not one without hindrances: Tho’s family members vocally opposed them getting married out of fear Hoa was only using him for money.

They could not wrap their heads around how an able-bodied woman would want to spend the rest of her life with a disabled man.

Tho disagreed, maintaining that he was not any richer than Hoa for such an argument to make sense.

Things would have stayed an internal family feud had it not been for some dozen YouTube channels who saw the forbidden love as perfect material for click-baiting videos.

At first, Tho agreed to answer questions from some visitors who said they wanted to put his love story online.

Then, droves of other so-called content creators jumped on the bandwagon and digged deeper into Tho and Hoa’s private struggles to win approval from his family.

Each had their own take on the matter, including those attacking Tho for 'disobeying' his parents.

Slanders and insults were common among the thousands of comments posted under each video.

Whenever Tho spoke up about his desire for love, respect, and the ability to travel, he would be met with a barrage of online attacks for turning his back on his own family to pursue a lover.

Some YouTubers even came to his parents for interviews and published all of their 'reveals' on the online platform, without any regard for Tho and Hoa’s privacy.

Speaking to Tuoi Tre (Youth) newspaper, Tho mentioned the 'respect' he has received from his girlfirend.

“She talks a lot and shares with me many of her happy stories, and about everywhere she goes and anything she does,” Tho spoke of his girlfriend.

“I’m more than 35 years old, and I have every right to love and my own choice.”

Recently, some YouTube personalities even published videos in which they threatened to hire thugs to abduct Tho and bring him back to his parents’ house.

Tho and Hoa said they are now afraid to even step out of their house, fearing for their lives.

Tho said heartwarming support they receive from some netizens have been inconsequential compared to the amount of hate being unleashed upon the couple, which often reduces Hoa to tears.

“I only wish for a peaceful and normal life like others,” Tho said.

YouTube’s Community Guidelines prohibit content “promoting violence or hatred against individuals or groups” based on their intrinsic attributes, including a disability.

“YouTube does remind people that behind the target of every video or comment is a real person,” Xuan Minh writes for Tuoi Tre.

“Then why does it allow a multitude of channels to monetize by spreading hatred, and even ‘recommend’ similar videos with thousands of views?

“YouTube and its content creators make money off of views and advertisements, so the tolerance or even encouragement of content promoting hate speech targetting disabled members of society, Tho’s case being an example, goes to show that many parties are violating YouTube’s Community Guidelines and degrading others for profit."