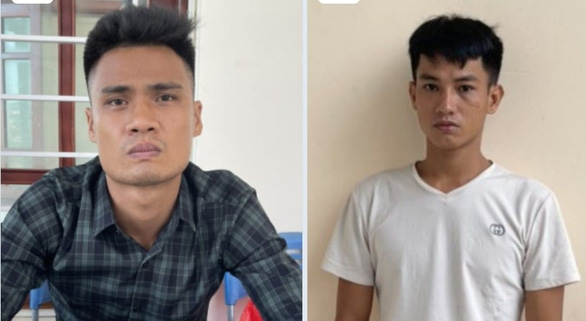 A joint police force has seized two men as the suspects in the stabbing of a dentist in the southern Vietnamese province of Binh Duong early this week.

Criminal police officers of Binh Duong coordinated with their counterparts from Nghe An Province and the Ministry of Public Security to seize the two suspects on Friday.

Nguyen Van Dong, a 30-year-old native of Binh Duong, was held in the province’s Di An District, while Nguyen Huu Thuy, 29, hailing from Nghe An, was seized in the north-central province’s Vinh City.

The arrests came three days after the Binh Duong police launched an investigation into the stabbing of P.V.T., a 33-year-old dentist, on Tuesday evening, which led to his death later the same day.

T. was stabbed when he attempted to prevent Thuy from stealing a motorbike parked in front of the dental clinic, T.’s workplace, located on D37 Street in the Viet Sing residential area, An Phu Ward, Thuan An City.

During the police’s initial interrogation, Dong and Thuy admitted to their crime, saying they intended to steal the bike since they needed money to satisfy their spending needs.

The two suspects had set up a plan for their crime. Accordingly, Dong drove Thuy around the streets on a motorbike to hunt for a prey and when they targeted one, Thuy would get off the bike and steal it.

In the evening of Tuesday, the two men spotted a motorcycle in front of the clinic and when Thuy was stealing the vehicle, the dentist, who was then at a local pool hall nearby, discovered Thuy’s act.

The dentist then ran back to his clinic to stop the man from stealing the vehicle. In response, Thuy stabbed the dentist with a knife and then fled the scene on Dong’s motorbike.

The victim was taken to hospital for emergency aid but did not survive.

A day later, Binh Duong police offered a cash reward of VND100 million (around US$4,300) to anyone who could provide information that leads to the capture of the killer.