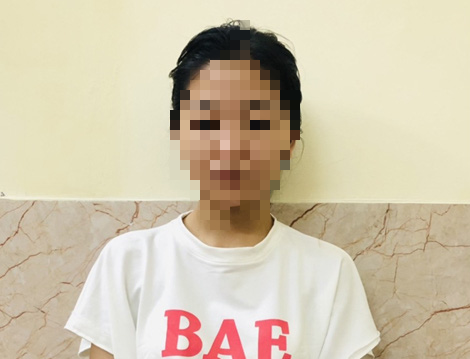 A 21-year-old procurer has been in police custody after she was found running a prostitution ring that charged up to U$5,000 for each sex tour.

The Criminal Police Department under Vietnam’s Ministry of Public Security on Thursday said they had detained Tran Thi Thanh Thao, a resident of Ho Chi Minh City, on charges of prostitution brokerage.

Since early this year, Thao had often used her Zalo account, a messaging app, to set up different chat groups, forming connections between her sex workers and their potential clients in various provinces and cities to feed her prostitution racket.

Depending on the beauty and reputation of each sex worker, the price for an overnight service or a sex tour ranged between $4,000 and $5,000.

With an aim to attract more clients, Thao sought and introduced pretty girls, including those who are flight attendants of domestic airlines, to sex buyers, investigators said.

As a rule, customers made payment by transferring money to Thao’s bank account.

Of every payment, the relevant sex worker earned 60 percent and Thao got the remainder.

On May 7, Thao and her client reached a deal involving two sex workers.

Under the agreement, VND25 million ($1,080) would be paid per sex worker per session.

The client then transferred VND15 million ($650) as a deposit to Thao.

On the afternoon of the same day, Thao sent two girls to an apartment in Hanoi’s Nam Tu Liem District, and upon their arrival, her client transferred the remaining amount of VND35 million ($1,520) to Thao.

Police later conducted an administrative inspection at the apartment and caught them red-handed.

Thao had operated this prostitution brokerage ring for a long time before her arrest, the Criminal Police Department reported.