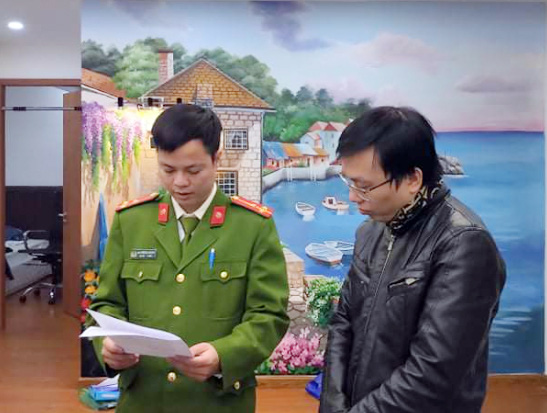 Vietnam’s Ministry of Public Security has initiated legal proceedings against a married couple who own an IT company for collecting and trading a large amount of personal data.

Fifteen others are also being investigated for being involved in a ring that appropriated and traded a large amount of data in many provinces and cities.

Police investigation showed that VNIT TECH, owned by Quy and Phuong, operated in the field of information technology.

Since 2020, the couple had illegally collected, appropriated, and purchased nearly 1,300GB of data containing information of individuals and organizations nationwide.

The data was publicly sold on many websites, accounts, pages, and groups on social networks such as Facebook, Zalo, and Telegram, as well as hacker forums.

Members of the ring also offered warranty policy and the capacity to update and extract the data at the request of buyers.

The data was collected from many sources and by many different methods, including by taking advantage of administration rights of information systems at some agencies and businesses.

Many buyers were individuals and businesses operating in such fields as insurance, foreign language teaching, and real estate, according to police officers.

Businesses that owned the stolen data showed the lack of responsibility in the management of their customers’ information and data, the officers said.

They also took no action although their customers’ information and data were sold publicly for a long time.

Some of them showed signs of providing customers’ information and data for a third party for illicit profits, officers stated.