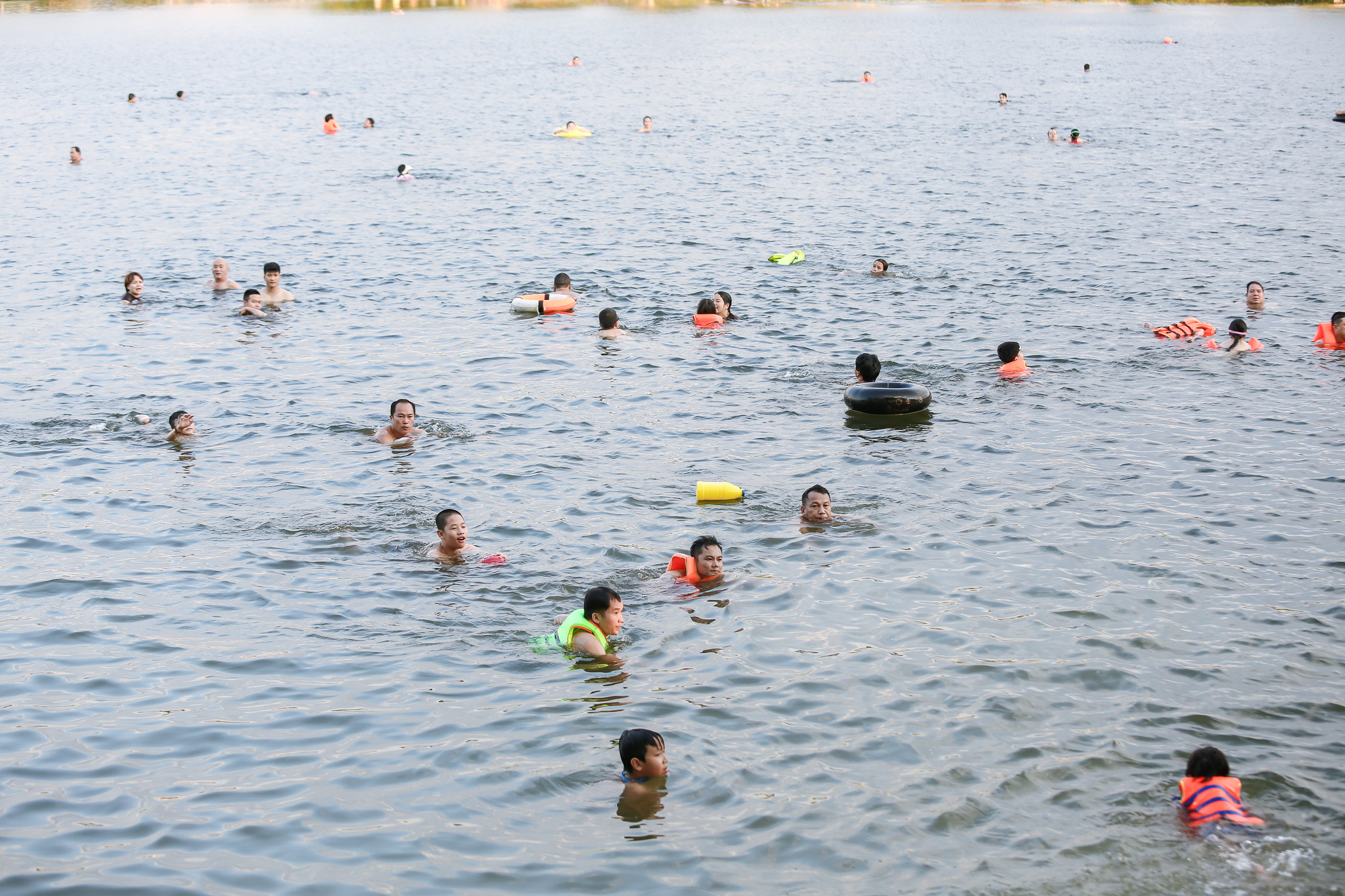 Residents flock to local river despite COVID-19 in central Vietnam

Many people from the central Vietnamese province of Thua Thien-Hue have been flocking to have a swim at a local river despite the ongoing COVID-19 pandemic.

As hot weather has scorched Hue City, capital of Thua Thien - Hue Province, over the past few days, local residents have been heading to the iconic Huong (Perfume) River to cool off.

The most crowded locations are Me Wharf on Le Duan Street and Kim Long Park, according to the observations of Tuoi Tre (Youth) newspaper reporters.

Local residents, including children and elderly people, arrived at around 5:00 pm.

The water in the Huong River is very clean, Nguyen Thanh Luan, 42, said, adding that he has been swimming here since he was young.

Luan now takes his two children to the river and give them lifebuoys to ensure safety.

Other residents said that local swimming pools are closed due to COVID-19, so the Huong River is now the best choice during this prolonged heatwave.

Waterway police officers have tried their best to remind people to keep a distance from one another.

Authorities have also advised residents against gathering in large groups at public parks and swimming in the Huong River.

However, their efforts have not been very effective.

Many non-essential businesses and services have been suspended, while gatherings of more than 10 people outside of offices, schools, and hospitals are banned in the locality.

Vietnam has documented 5,931 COVID-19 cases as of Wednesday morning, with 2,794 recoveries and 44 deaths, according to the health ministry.

The country has logged 2,873 domestic infections in 30 provinces and cities since April 27.