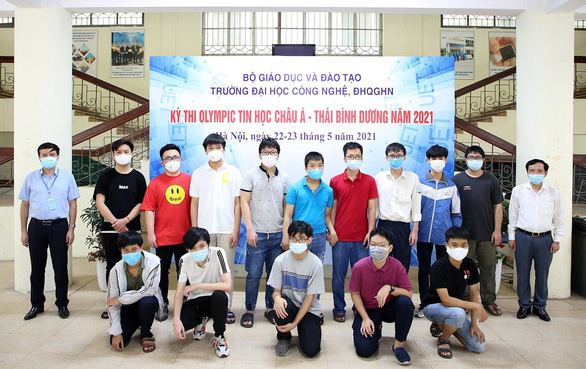 -- The Ministry of Health confirmed 24 domestic COVID-19 cases on Thursday morning, raising the country’s tally to 6,111, with 2,853 recoveries and 45 deaths.

-- As of Thursday morning, at least 13 people in Ho Chi Minh City who are members of Revival Ekklesia Mission, a Christian congregation based in Go Vap District, have tested positive for the novel coronavirus, according to the municipal Center for Disease Control.

-- Authorities in Da Nang will permit taxis, contract vehicles with fewer than nine seaters, ride-hailing cars and motorbikes, and two-wheeler delivery services to get back to business from 6:00 am on Friday after eight days registering no new local infections.

-- Authorities in the northern province of Bac Ninh on Wednesday night decided to establish two makeshift hospitals that have 700 beds in total to prepare for the treatment of patients infected with the coronavirus.

-- On Wednesday, police in Phu Ly City in the northern province of Ha Nam arrested an 18-year-old woman who had direct contact with a confirmed COVID-19 patient after she had escaped from a centralized quarantine center before fulfilling her 21 days of mandatory isolation.

-- Social distancing has been reinstated in the entire districts of Hiep Hoa and Yen The in the northern province of Bac Giang from 12:00 pm on Wednesday as COVID-19 infections spiked, according to the provincial People’s Committee.

-- A crucial pass in the Central Highlands province of Dak Lak became congested on Wednesday because of severe landslides caused by heavy downpours.

-- Police in the Mekong Delta province of Tien Giang have arrested 16 people and impounded 12 cellphones and VND51 million (US$2,203) in cash after breaking up an illicit gambling ring that was operated on a tourist boat.

-- Authorities in northern Quang Binh Province arrested two Vietnamese men who had organized the illegal entry of four Chinese men into Vietnam from China on Wednesday.

-- A 12-year-old boy has his left testicle removed due to testicular torsion after suffering from pain in his genitals for two days, according to doctors at Vietnam German Friendship Hospital in Hanoi.

-- Police in Hai Phong City found 1,057 bags of arrowroot, a popular material in cosmetic production, weighing around 52.8 metric tons at Huong Giang Company on Wednesday, suspecting them to have been falsified of origin and production.

-- All six members of the Vietnamese team won medals, including two golds, one silver, and three bronzes, at the 2021 Asia-Pacific Informatics Olympiad held by Indonesia, according to the Ministry of Education and Training.