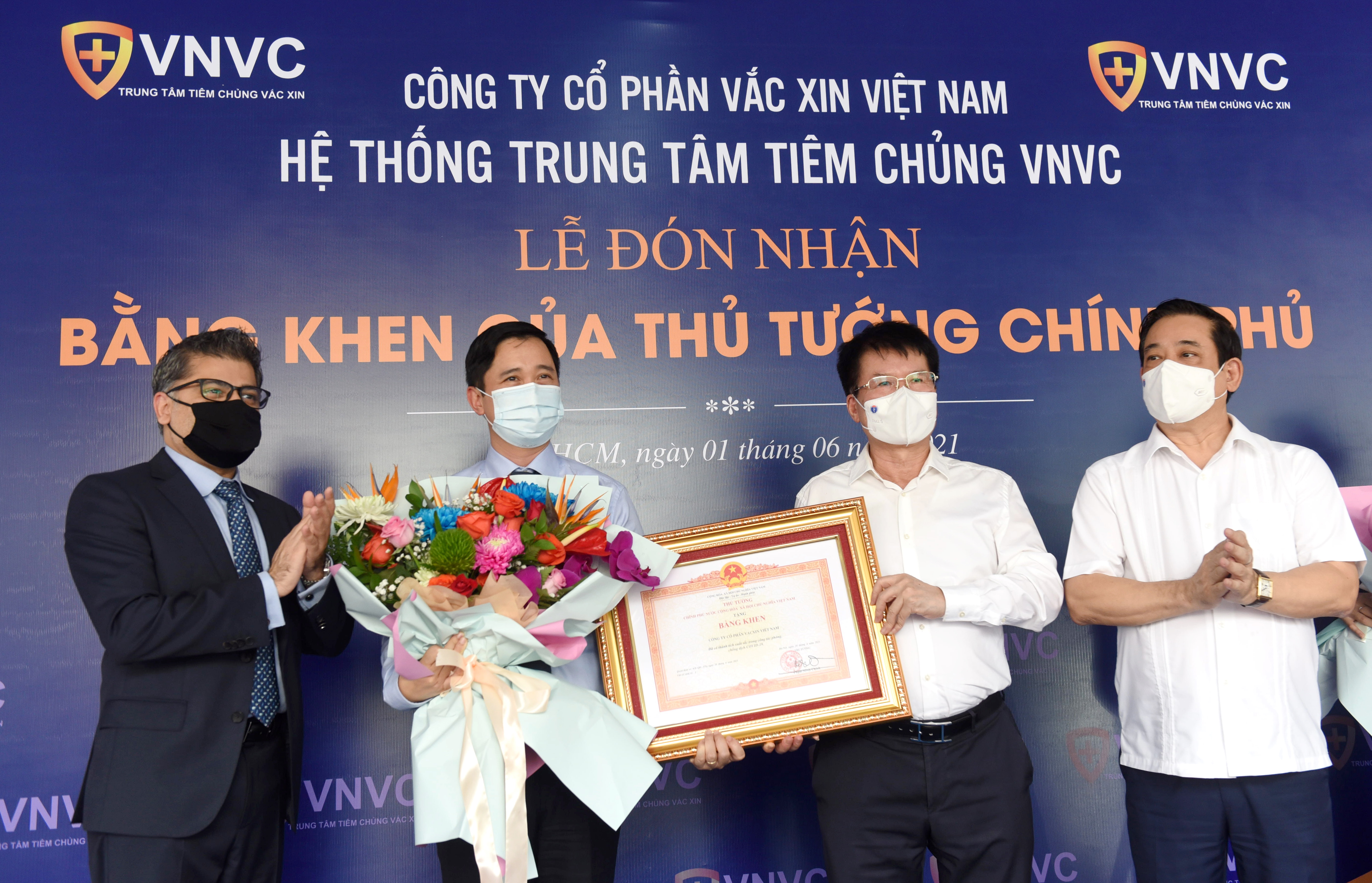 Vietnam Vaccine Joint Stock Company (VNVC), which successfully secured a deal of 30 million doses of AstraZeneca's COVID-19 vaccine, was granted a certificate of merit by the prime minister of Vietnam on Tuesday.

Vietnam approved AstraZeneca for emergency use on February 1.

So far, thanks to VNVC’s contract, a total of 405,200 doses of AstraZeneca vaccine have arrived in Vietnam.

To fight COVID-19 in Vietnam, the company transferred the vaccines it received to the Ministry of Health without profit to quickly vaccinate frontline staff.

All the other related expenses, including risk coverage, delivery, and storage costs were donated by the firm to the Vietnamese government.

The first batch of 117,600 doses was administered to frontline staff, including doctors, nurses, soldiers, and police officers beginning on March 8, just before the fourth wave of COVID-19 hit the Southeast Asian country in late April.

It is crucial to help boost the vaccine rate in Vietnam as the newest outbreak has put millions of people in the country under strict social distancing measures.

Along with these doses, Vietnam has received 2.6 million free doses from COVAX, a global vaccine manufacturing and distribution program, and used them to vaccinate frontline doctors, border guards, COVID-19 control teams, and other priority groups, including workers in Bac Giang and Bac Ninh Provinces, the two largest clusters in the nation.

Together with the AstraZeneca deal, Vietnam has received around 2.9 million doses of the British-Swedish vaccine.

Still, this is far below its goal to obtain a total of 150 million shots to cover 70 percent of the population.

While the production of domestic vaccines is underway, Vietnam has sped up foreign procurement to inoculate prioritized groups.

The government has said it is stepping up negotiations with vaccine manufacturers in the U.S., Russia, and some other countries to secure more jabs.

Vietnam has logged 7,673 patients as of Wednesday afternoon, according to the Ministry of Health.

Recoveries have reached 3,043 while the death toll has hit 49.

The country has been struggling with the fourth wave since April 27, with 4,597 domestic cases reported.

The Southeast Asian country has administered 1,102,099 coronavirus vaccine shots to medical staff and other frontline workers since it rolled out inoculation on March 8.

About 30,600 people have been fully vaccinated against COVID-19.

To prepare for the mass COVID-19 vaccine drive in the future, VNVC has invested in its logistics system, including cold chain storage, while recruiting and training new staff, opening new vaccine centers, and distributing to 50 vaccine centers in the country.

Currently, the company is ready to vaccinate three to five million people per month.