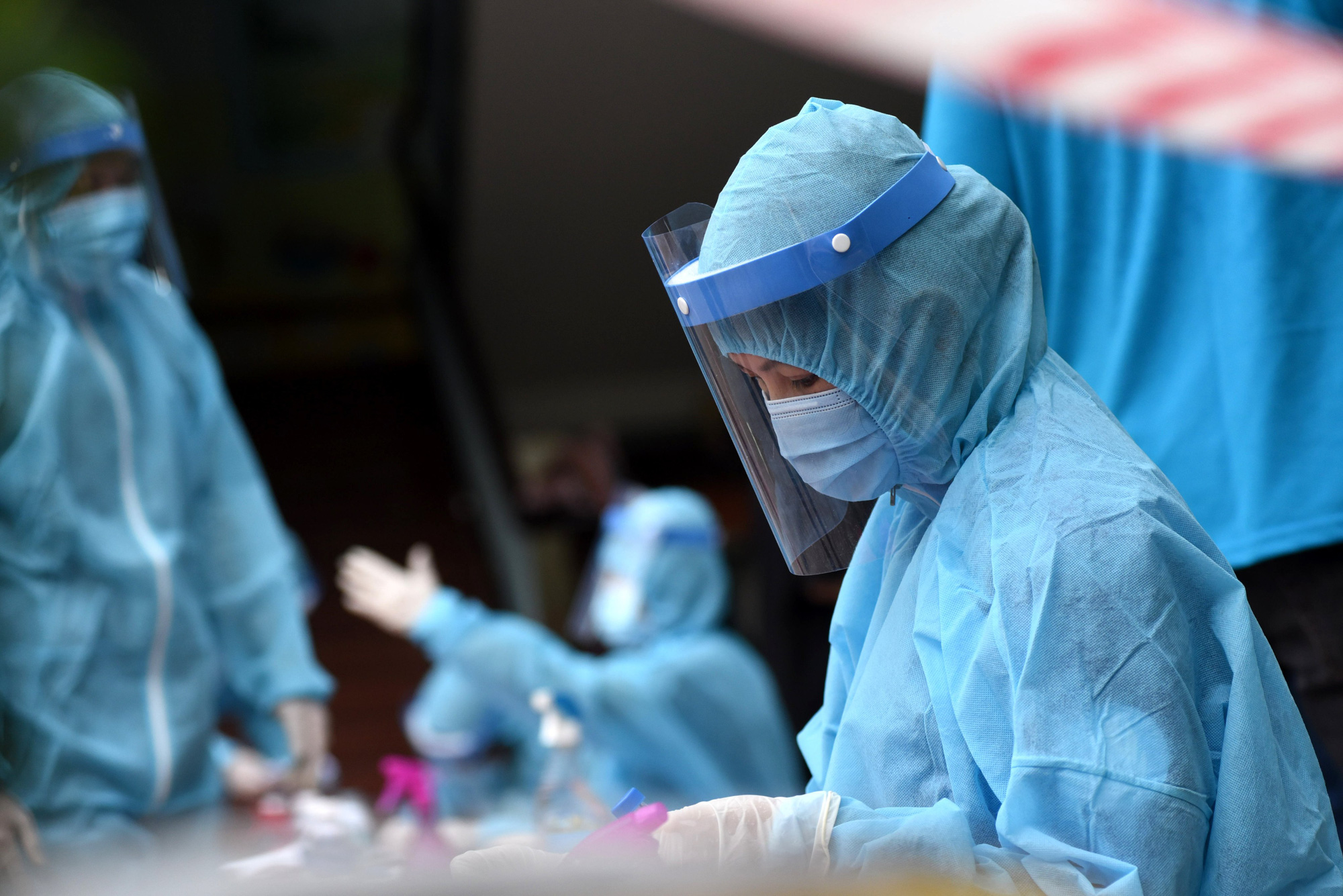 Authorities in many provinces and cities have mandated concentrated quarantine for people returning or coming from Ho Chi Minh City and other virus-hit localities.

In Bac Lieu, returnees from Ho Chi Minh City are subject to a mandatory 21-day quarantine at home or centralized quarantine facilities with charges applied in the Mekong Delta province, starting 0:00 Saturday.

Those with suspected symptoms of COVID-19 infection or having epidemiological factors related to the virus outbreaks must immediately be taken to a district-level health center or a commune-level health station.

In Long An, the quarantine regulation is applicable to returnees from other virus-hit localities, apart from Ho Chi Minh City, and those without household registration in the southern province.

These people will also be sampled for COVID-19 testing four times with costs charged on them.

Other returnees from virus-free areas shall self-quarantine at home for 14 days and pay to have their sampled collected for COVID-19 testing three times.

All people who return to southern Ba Ria - Vung Tau Province from Go Vap District and Thanh Loc Ward in District 12, Ho Chi Minh City also have to be quarantined concentratedly, while returnees from other parts of the southern metropolis shall undergo home quarantine.

All returnees from Ho Chi Minh City to the Mekong Delta province of Ben Tre and Can Tho City, and south-central Binh Dinh Province are requested to stay at home, except for those from virus-hit or locked-down areas as they will be sent to concentrated quarantine facilities.

People returning to north-central Nghe An Province from localities and areas where enhanced social distancing measures are being implemented must follow a 21-day concentrated isolation.

Arrivals to north-central Thanh Hoa Province from Go Vap District and Thanh Loc Ward in District 12, Ho Chi Minh City and other sealed-off locations across the southern city from May 31 will be monitored at concentrated quarantine centers for 21 days.

Those from other parts of the metropolis shall stay at home for at least 14 days.

Previously, many authorities in multiple Vietnamese provinces and cities decided to restrict travel from Ho Chi Minh City, as well as suspended flights to and from the city.

These mandates were prompted by the emergence of numerous infections in Ho Chi Minh City and southern localities since May 27.

Since then, the Christian congregation Revival Ekklesia Mission in the city’s Go Vap District has been associated with the majority of 324 COVID-19 cases in the metropolis, seven out of ten in Long An, three in Binh Duong, one in Bac Lieu, two in Tra Vinh, one in Tay Ninh, four in Dak Lak, and one in Dong Thap, according to an update from the Ho Chi Minh City Center for Disease Control.

Nationwide, the caseload mounted to 8,458, with 3,242 recoveries and 51 virus-related deaths as of Saturday afternoon.