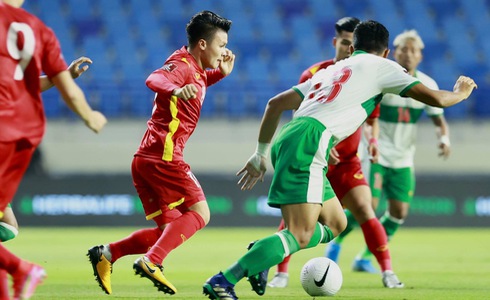 -- Vietnamese Minister of Foreign Affairs Bui Thanh Son on Monday led a delegation to attend the Special ASEAN-China Foreign Ministers' Meeting in Chongqing City on the occasion of the 30th anniversary of the ASEAN-China Dialogue Relations, according to the Vietnam News Agency.

-- The Ministry of Health on Tuesday morning documented 44 local COVID-19 infections in Bac Giang, Bac Ninh, and Ho Chi Minh City, raising the national tally to 9,027, with 3,509 recoveries and 53 deaths.

-- Authorities in Ho Chi Minh City have decided to suspend an additional 18 public bus routes from Tuesday due to the complicated development of the COVID-19 pandemic.

-- A 51-year-old man from the Central Highlands province of Lam Dong who is a direct contact of a COVID-19 patient has been discovered having another person replace him at a local quarantine center.

-- Two children, aged nine and ten, drowned in a river while playing with three other kids in the southern province of Dong Nai on Monday afternoon.

-- Police in the south-central province of Phu Yen have launched an investigation after a video clip of seventh-grader assaulted by four other teenage girls was shared on social media.

-- A 37-year-old man from the Central Highlands province of Dak Nong has been indicted for fatally shooting a local resident after mistaking the victim for a monkey.

-- A woman was badly injured in a road accident as she tried to chase after a phone snatcher on her motorbike in Hoc Mon District, Ho Chi Minh City on Sunday, officers confirmed on Monday.

-- Vietnam scored a 4-0 victory over Indonesia during the second round of the Asian qualifiers for the 2022 FIFA World Cup in the UAE on Monday night.