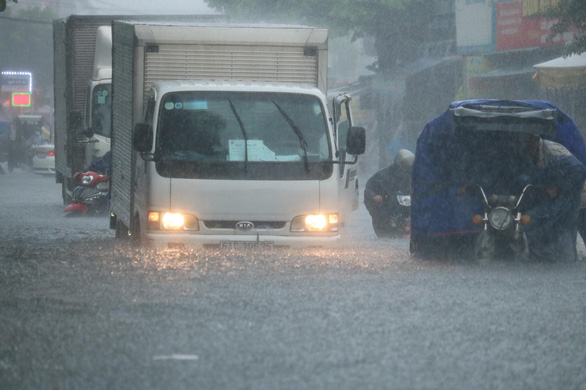 Vietnam's southern provinces will see sweeping rain on Tuesday that may taper off in the afternoon, the Southern Regional Hydrometeorological Center reported.

Cumulonimbus clouds moving from the sea have brought rain with high chances of precipitation to the Mekong Delta provinces of Kien Giang, Ca Mau, An Giang, and Dong Thap early on Tuesday morning, with several spots reporting over 30 millimeters of rainfall.

Rain and thunderstorms in these areas are expected to last through the daytime hours of Tuesday, while also spreading to other Mekong Delta localities like Can Tho, Vinh Long, and Tien Giang before reaching Tay Ninh, Binh Duong, Binh Phuoc, and Ho Chi Minh City, among other southeast provinces.

By the afternoon, the rain will have spread over the southern area, with southwest provinces reporting more intense downpours than others.

It is anticipated to wane off in the late afternoon, but may last until the evening in several places.

According to Le Dinh Quyet, deputy head of forecasting at the Southern Regional Hydrometeorological Center, heavy rain, accompanied by thunderstorms and wind gusts, is expected on Tuesday.

Downpours will last only 30-40 minutes in each locality.

Precipitation will be sustained in the southern area on Tuesday and Wednesday, abating on Thursday and Friday before picking up once again on Saturday.