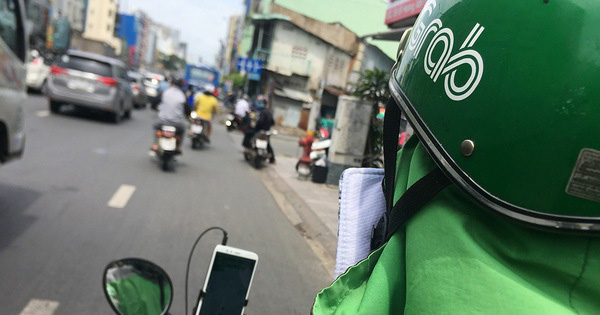 A motorbike taxi driver for ride-hailing app Grab has tested positive once for the novel coronavirus in Ho Chi Minh City, though his source of infection remains unknown.

The man resides in an alley at 224 TX22 Street in Thanh Xuan Ward, District 12, a source close to Tuoi Tre (Youth) newspaper confirmed on Thursday.

He and his uncle live in the same house so they have been quarantined for further monitoring and testing.

The alley where he resides has been temporarily locked downed.

Health workers had been collecting samples from residents in the neighborhood after two other COVID-19 cases were recently confirmed, a representative of the medical center in Thanh Xuan Ward said.

The GrabBike driver had just returned from work when he was tested.

He stated that he did not come into contact with any of the two COVID-19 cases and always wore a face mask while working.

He added that he did not have any coronavirus symptom.

Local authorities are working to identify his source of infection.

Grab is a popular ride-hailing app in Ho Chi Minh City. Aside from ride-hailing, the app also offers food and parcel delivery services.

Vietnam has documented 12,231 COVID-19 cases as of Friday morning, with 4,653 recoveries and 61 deaths, according to the Ministry of Health.

Tay Ninh Province reported one virus-related death on Thursday but the health ministry has yet to record it.

The country has documented 8,995 local infections in 40 out of its 63 provinces and cities since the fourth wave erupted on April 27, including 1,257 cases in Ho Chi Minh City.