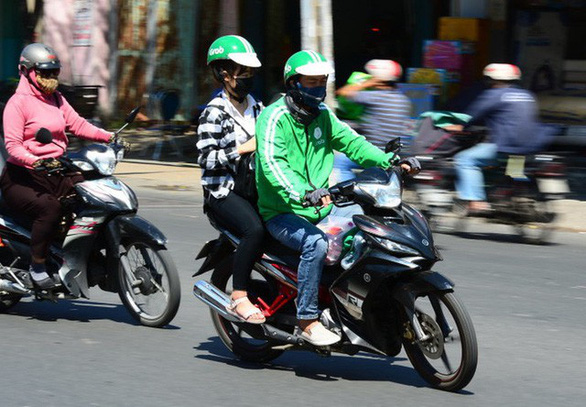 Ho Chi Minh City authorities have suspended taxis and app-based car services, among other measures, to contain the widely coronavirus spread that has so far infected over 1,500 people citywide.

This rule is not applied to vehicles designated by local transport authorities to carry patients to hospitals in emergency cases.

Meanwhile, app-based motorbike taxi services, for both passenger transport and goods delivery, are exempted, but drivers must comply with COVID-19 prevention regulations, including mask donning and health declaration.

Local authorities have also suspended unofficial markets citywide, shortened the mandatory distance between people to 1.5 meters from two meters, and cut down limits of public gatherings from five to three people.

All residents are required to continue staying home and can only go outside for work or to shop for necessities, and only manufacturers of essential goods are permitted to continue operations.

Besides adopting such measures, the municipal administration has locked down six quarters in the two districts of Binh Tan and Hoc Mon, as these locations have become new virus hotbeds.

Local authorities also emphasized the acceleration of COVID-19 vaccination to reach herd immunity as soon as possible, following the kick-off of a mass inoculation drive with 836,000 AstraZeneca vaccine doses on Saturday.

Such stringent steps were taken as the pandemic has escalated in the city recently, with 1,561 local cases having been logged since the fourth wave started in Vietnam in late April, the municipal Center for Disease Control said.

In a report released at noon on Sunday, the Ministry of Health confirmed 130 domestic infections, of which 34 cases were detected in Ho Chi Minh City.

The new cases have taken the country’s tally of patients to 13,117, including 5,054 recoveries and 64 deaths, since the pathogen first emerged in early 2020.

The ministry has documented 9,850 community cases in the fourth round.