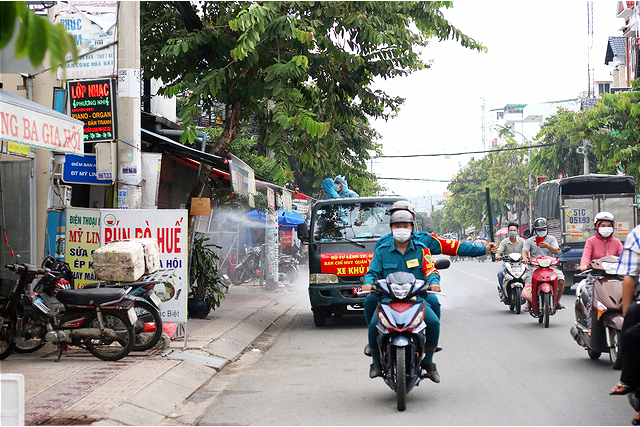 Authorities in Ho Chi Minh City have found a COVID-19 patient with suspected mental illness after he escaped from a treatment facility and returned to his home.

L. previously stayed at a separate COVID-19 treatment center for patients with mild or no symptoms.

However, he showed signs of mental illness as he often wandered around the facility despite being reminded by health workers to return to his room.

At 10:00 pm the same day, doctors at the infirmary came to his room for a health check but L. was nowhere to be found.

CCTV footage showed that the patient had walked toward the fence and escaped from the hospital.

After being notified of the case, police officers discovered that L. had returned to his house in Tan Phu District.

He was taken back to Thu Duc COVID-19 Treatment Hospital at 2:00 am on Tuesday.

He is now being treated in the intensive care unit, which is completely isolated from the rest of the infirmary.

The hospital has coordinated with police in Thu Duc City to beef up security within the facility.

It remained unclear whether L. had come into contact with anyone on his way home as he did not cooperate with health authorities.

Opinions of psychiatrists have been sought to determine whether or not the patient has a mental illness.

Vietnam has documented 16,623 COVID-19 patients as of Wednesday afternoon, with 6,764 recoveries and 80 deaths.

The country has recorded 13,262 local infections in 50 provinces and cites, including 3,716 cases in Ho Chi Minh City, since April 27.