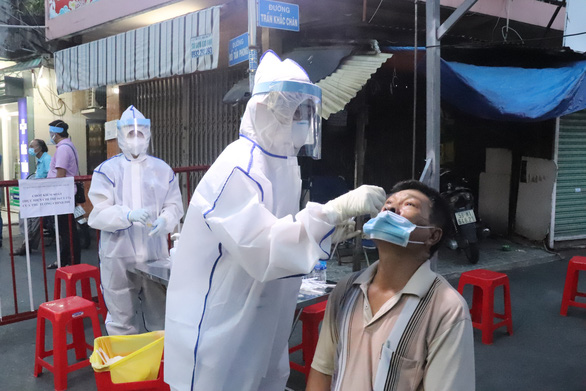 Daily coronavirus infections soar by over 3,300 in Vietnam

Vietnam reported more than 3,300 coronavirus cases on Friday, including over 2,400 patients in Ho Chi Minh City, according to the Ministry of Health.

Fifteen of the new infections were imported from abroad while the remaining 3,321 were detected in 33 provinces and cities, the ministry said in an evening update.

A total of 2,939 cases were found in concentrated quarantine centers or isolated areas.

Today’s infection rise is the second-biggest so far, after a record 3,416 patients were logged nationwide on Thursday.

Ho Chi Minh City recorded 2,420 of the latest domestically-infected patients, down from 2,691 cases a day earlier.

The health ministry announced 332 recoveries on Friday, taking the total to 10,020 patients.

Since April 27, when the fourth and worst virus wave broke out in Vietnam, the country has recorded 40,609 community cases, 7,246 of whom have recovered, according to the health ministry's data.

Nearly 4.2 million vaccine shots have been administered to medical workers, teachers, factory workers, and other frontline staff since Vietnam rolled out inoculation on March 8.

Over 294,000 people have been fully vaccinated.