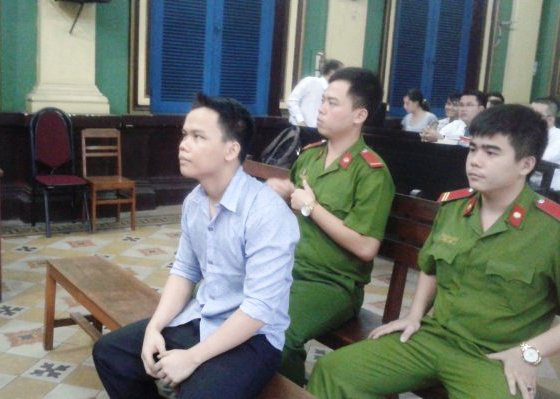 Nguyen Kim An, the fugitive, was sent back to Chi Hoa Prison in District 10 as he was arrested around 1:00 am on Friday in Hiep Binh Phuoc Ward of Thu Duc during a raid by the local criminal police force.

He was wanted by the police after escaping Chi Hoa Prison, where he recently tested positive for the COVID-19 pathogen, on Tuesday.

The criminal police department of Ho Chi Minh City on Thursday indicted the wanted man on charges of ‘escaping confinement’ and granted anyone who finds him the right to escort him to the police station.

In 2014, An was charged with murdering his friend Luu Vinh Dat, whom he poisoned in an attempt to steal valuables.

More specifically, An lured Dat to his home on February 26, 2014, drugged him with distilled sleeping pills, and threw the victim off Phu My Bridge in District 7 while he was still unconscious.

He then messaged Dat’s family to solicit a VND500 million (US$21,723) sum in exchange for their son.

On March 4, the victim’s body was found in Tan Thuan 2 Port in District 7 and subsequently detected by his family.

Meanwhile, the perpetrator was caught eight days later and sentenced to death during a 2015 trial. It is not immediately clear why he has not been executed.

An has been since kept at Chi Hoa Prison, where at least 81 COVID-19 cases were detected among inmates and staff earlier this month.

It has for long been considered one of the most secure prisons in Vietnam, with only two successful breakouts in its history, according to news site VNExpress.