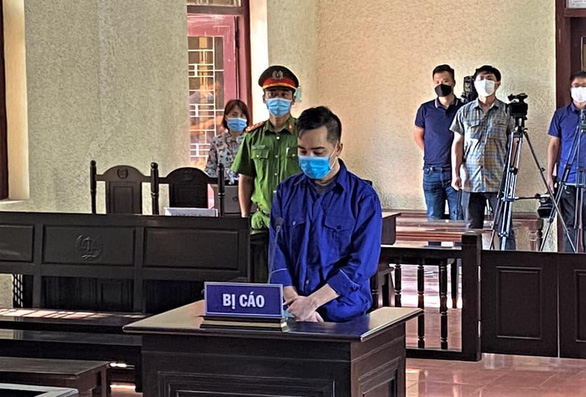 A court in northern Vietnam has given an 18-month jail term to a man who caused a spread of coronavirus around two months ago.

The Hai Duong City People’s Court on Friday handed down the sentence to Dao Duy Tung, a local 32-year-old man who was charged with “spreading dangerous infectious diseases in human,” according to Vietnam’s Penal Code.

In late March, Tung, via Zalo application, contacted his cousin Dao Anh Tuan who was a freelance worker in Laos and asked Tuan to seek a job for him, the indictment said.

Following Tuan’s instructions, Tung came to Quang Tri Province on April 4 and was then taken to Laos by a person assigned by Tuan.

After staying in Lao for days but failing to find a job, Tung returned to Vietnam by making an illegal entry on April 20.

Ten days later, Tuan informed Tung on the phone that several persons who previously contacted Tung in Laos had tested positive for COVID-19.

At that time, Tung was receiving care from health workers after having fever and throat pain.

On May 6, Tung tested positive for coronavirus and was taken to the Hai Duong Province Hospital for Tropical Diseases for treatment.

On the same day, Tung’s girlfriend, N.T.T., who shared the same residence with Tung, also received a positive test result.

Two days later, a direct contact with T. got the same infection.

After considering the collected evidence, the court handed down the 18-month sentence to Tung as he had committed dangerous acts that seriously influenced life and health safety of the public.

Before Tung was brought to court, police had imposed an administrative penalty on him for illegally entering Vietnam.

More than three months ago, the Ho Chi Minh City People’s Court tried another offender of the same crime.