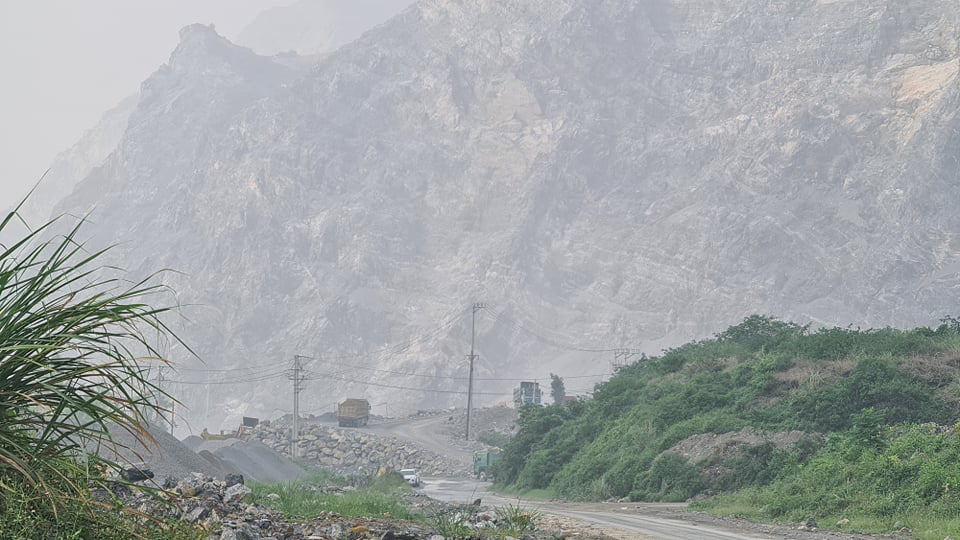 At least four people were killed and two others were injured in a quarrying site collapse in the northern Vietnamese province of Ha Nam on the weekend, police said, adding that an investigation is underway to determine the cause of the accident.

A loud explosion suddenly occurred at the quarrying site operated by Havico Ha Nam Co. Ltd. in Thanh Liem District, Ha Nam at around 1:00 pm on Sunday, according to Suc Khoe & Doi Song (Health & Life) newspaper, which is the mouthpiece of the Ministry of Health.

Following the explosion, rocks fell down and pressed against some workers at the site to death.

Others were injured and taken to hospital.

“A initial report from the company showed that rain and lightning led to an electrical short circuit during the blasting process, causing rocks to fall from above,” said Nguyen Manh Tien, director of the Department of Labor, War Invalids, and Social Affairs of Ha Nam Province.

“However, those factors have yet to be confirmed as the cause of the accident.

“We are waiting for the result of the investigation from police officers.”

Tien’s department already reported the accident to leaders of the provincial People’s Committee and the Ministry of Labor, War Invalids, and Social Affairs.

At the end of March in 2020, another quarry accident also occurred in Thanh Liem District, killing two people.