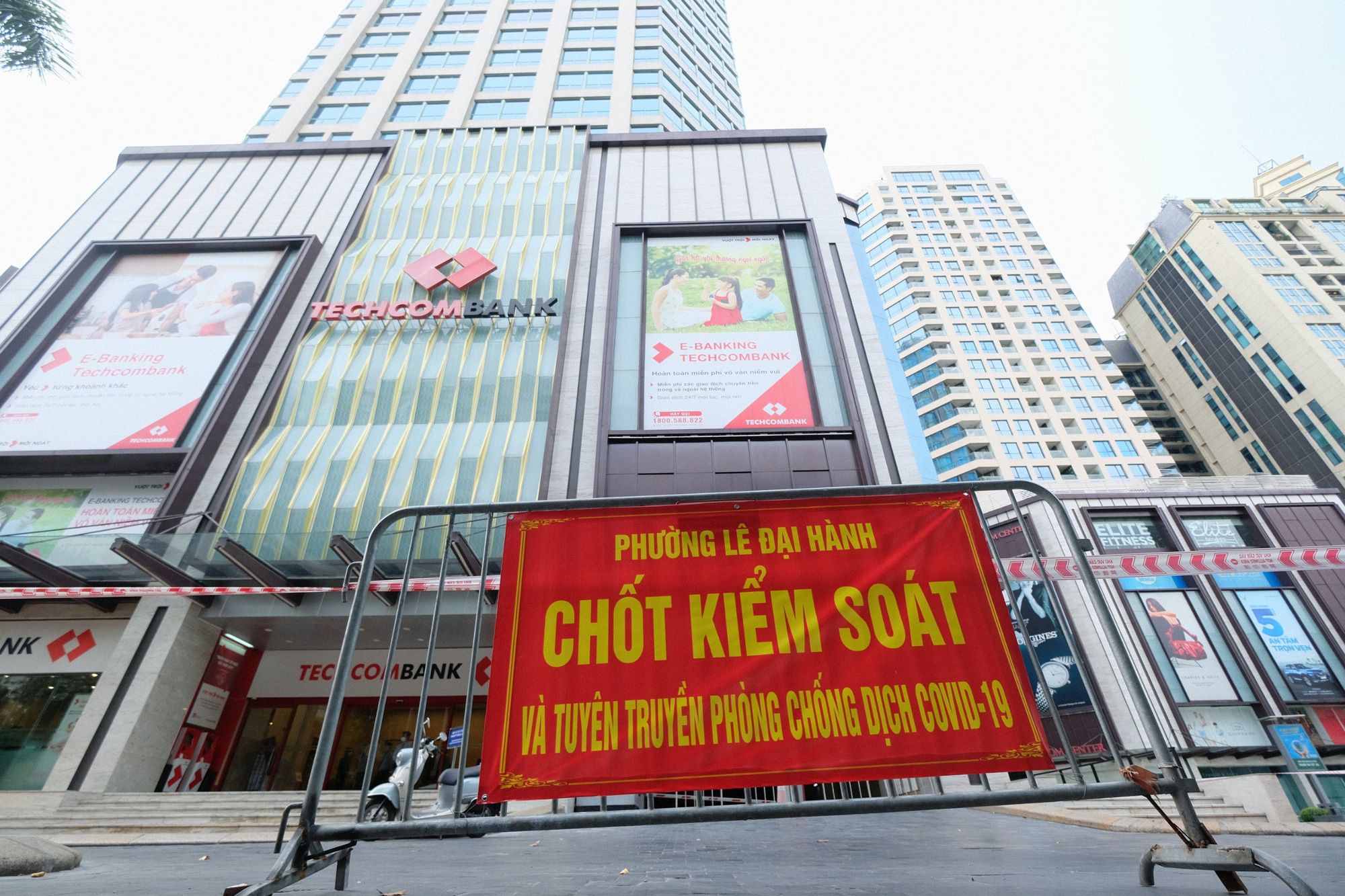 Authorities in Hanoi have sealed off a tower in the Vincom Ba Trieu complex, one of the busiest shopping malls in the capital, after a security guard reportedly contracted the coronavirus.

All residents and employees working in Tower A at Vincom Ba Trieu, located at 191 Ba Trieu Street, Le Dai Hanh Ward, Hai Ba Trung District, have been asked to remain in the building until further notice.

“Initially, we identified 14 colleagues who had been in close contact with the security guard suspected of having COVID-19,” Nguyen Thi Hong Hanh, chairwoman of Le Dai Hanh Ward, said on Wednesday afternoon.

“Healthcare workers have sprayed disinfectant, taken samples for testing, and are waiting for test results before carrying out further pandemic prevention measures."

Of the latest cases, one was detected in Hanoi while 1,715 infections were logged in Ho Chi Minh City, which has recently led the country in daily new infections, with thousands of patients confirmed per day.

Since April 27, when the pandemic’s fourth wave appeared in Vietnam, Hanoi and Ho Chi Minh City have accounted for 1,082 and 78,904 cases, respectively, of the country’s total of 121,433 domestic infections