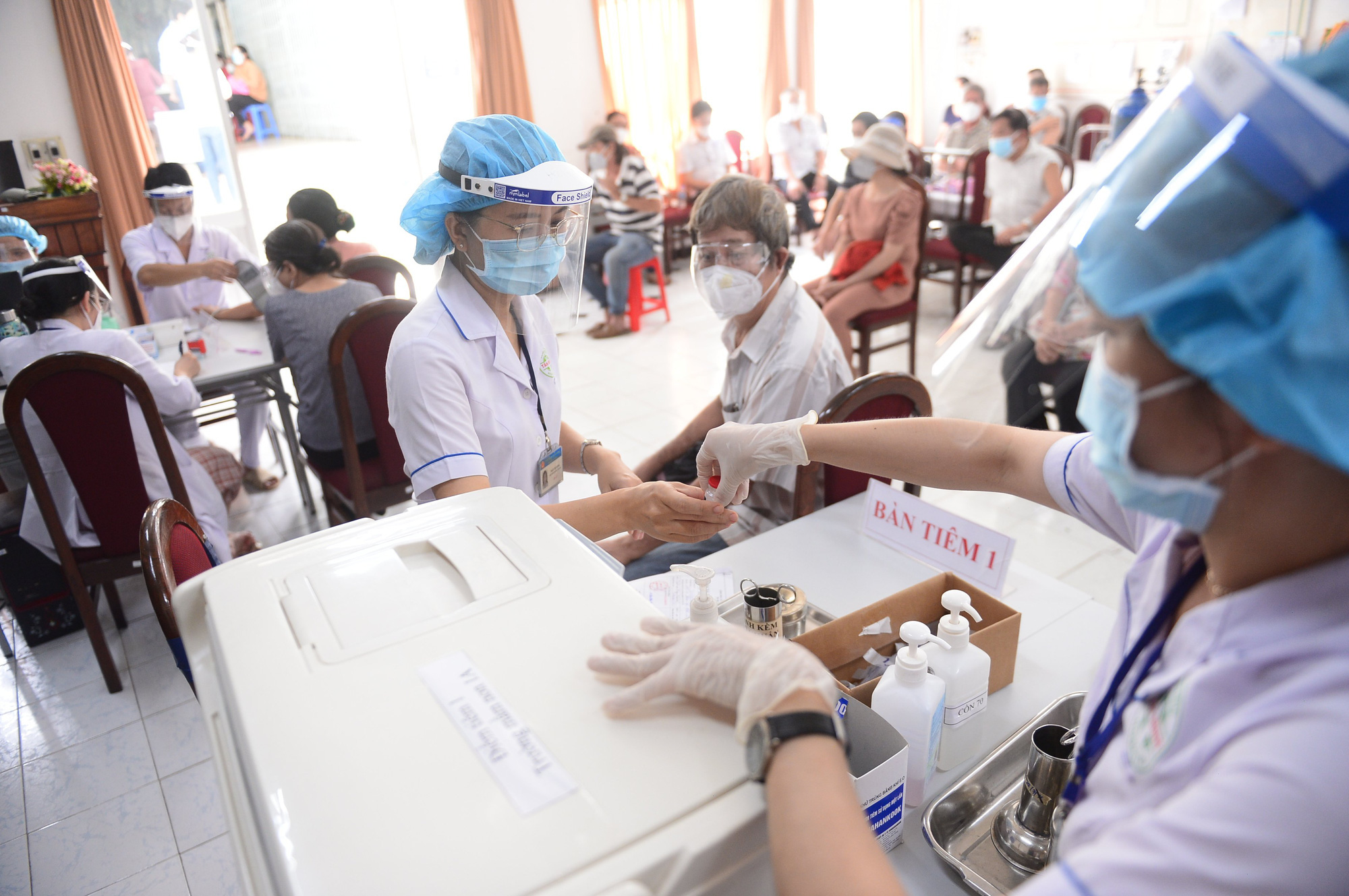 In an urgent document sent to the Ministry of Health, vice-chairman of the municipal People’s Committee Duong Anh Duc stated that the city is expected to further expedite the vaccination process and give over four million shots to local residents this month.

The city plans to provide vaccine doses to 70 percent of citizens age 18 and older by August 31, Duc added.

A total of 3,096,770 vaccine shots have been distributed to the southern metropolis, of which over 1.7 million have been administered.

During the fifth inoculation, which lasted from July 22 to August 2, more than 920,000 shots were given to local residents.

The campaign targeted all residents age 18 and older, with priorities given to people over 65 years old, those with underlying health conditions, and frontline workers.

The country has recorded 161,482 local infections in 62 provinces and cities, including 100,557 cases in Ho Chi Minh City, since the fourth wave began on April 27.

More than 6.2 million vaccine doses have been administered across the nation since inoculation began on March 8, with 712.860 people fully vaccinated.