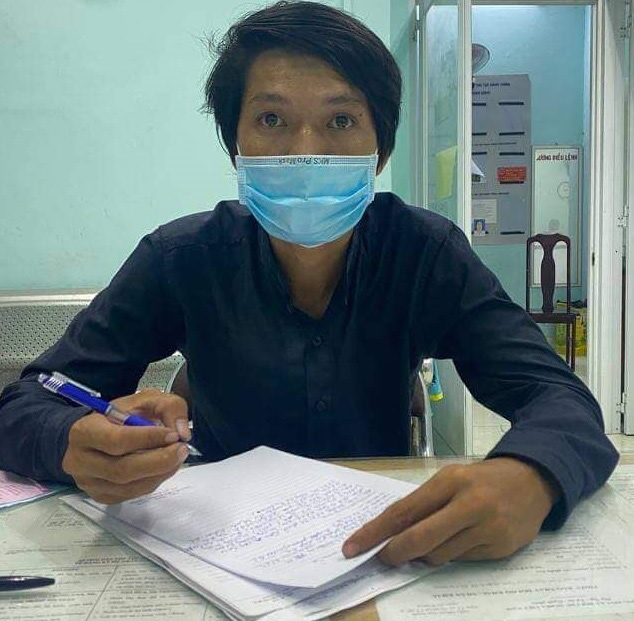 Police in District 1, Ho Chi Minh City have fined a 31-year-old local man VND7.5 million (US$330) for operating an illegal service transporting people from the city to other localities under the cover of charitable trips.

Ho Le Tan Phat, a resident of District 1, was charged with “driving a vehicle against infectious disease prevention and control regulations” on Thursday.

The car was marked with a poster that reads ‘Man Tu VeGan charitable kitchen - Vehicle for pandemic prevention support.’

As police officers stopped the car, they discovered that driver Ho Le Tan Phat failed to apply COVID-19 prevention measures in the vehicle.

In addition, five passengers in Phat’s car were unable to present relevant papers and reasons for their outdoor travel upon the functional force’s request.

The task force thus took them to the local police station for further clarification.

At the station, Phat confessed that he charged each of the five passengers at least VND5 million ($219) to transport them to their hometowns.

The longer the distance from Ho Chi Minh City to their hometowns, the more money Phat asked them to pay.

Following the case, District 1 police have advised people against using such illegal service and returning to their hometowns without local authorities’ permission.

Internal migrants wishing to travel back to their hometowns should contact authorities in the areas where they are residing for support.

Ho Chi Minh City authorities began implementing escalated social distancing regulations in line with the prime minister’s Directive No. 16 from July 22, in an effort to curb the fourth wave of coronavirus infections, which emerged in late April and has infected 137,008 city dwellers so far.

People are requested not to leave their houses unnecessarily while all non-essential businesses as well as public transport, including buses, taxis, and ride-hailing vehicles, are suspended.