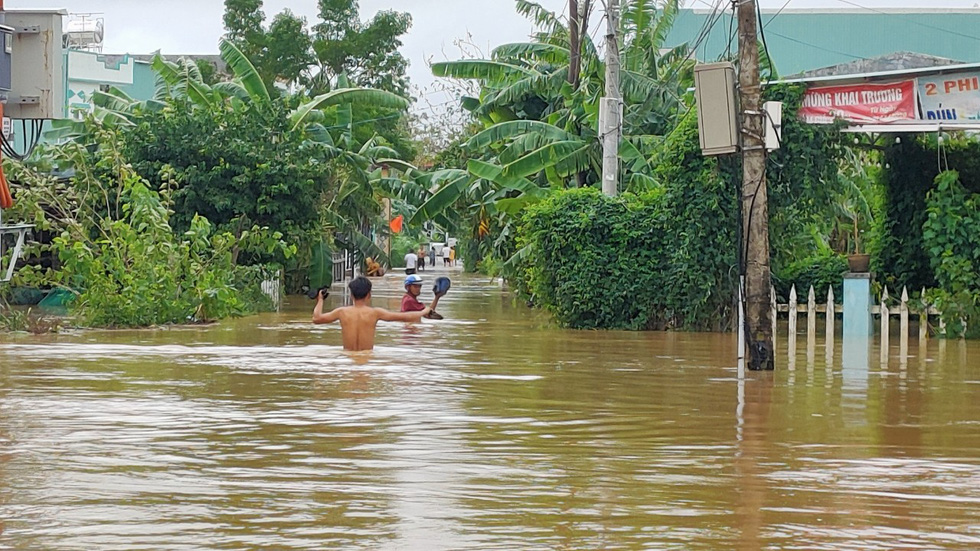 The heavy downpours that have devastated central Vietnam over the past days have begun to subside, but more torrential rains are forecast to lash the region later this week, posing high risks of floods and landslides.

From Ha Tinh Province to Thua Thien-Hue Province, the average rain volume was measured at 300-600 millimeters.

Precipitation of 200-300 millimeters also lashed the localities from Da Nang to Binh Dinh throughout this period.

Nine people are missing or dead due to floods and landslides triggered by the rains, according to a report of the National Steering Committee for Natural Disaster Prevention and Control on Monday.

Over 250 locations along local roads and national highways were affected by floods and mudslides, while more than 2,000 hectares of crops were damaged by the flooding.

As of Tuesday morning, rainfall in the region had reduced to about 10-50 millimeters due to the weakening of the cold spell, said Nguyen Huu Thanh, an official from the National Center for Hydro-meteorological Forecasting.

Floodwaters will also recede in the next few days, Thanh added.

However, a fresh cold snap is expected to affect the country, causing temperatures in northern provinces to drop between October 21 and 23.

From October 22 to 27, it will bring downpours across Ha Tinh Province and Quang Ngai Province in central Vietnam.

The weather pattern will certainly pose a high risk of flooding and landslides, which could cause property damage and threaten residents.