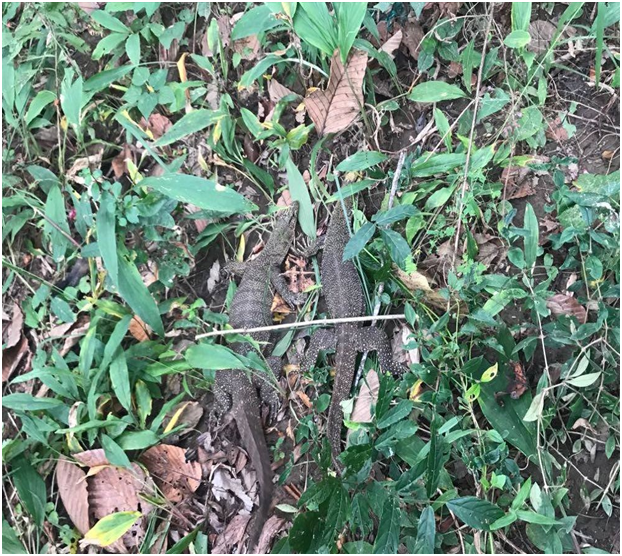 An elderly woman in Vietnam’s Central Highlands province of Dak Nong has been prosecuted for buying and keeping 17 iguanas in captivity, local judicial authorities have reported.

The prosecution had been served on D.T.L., a 75-year-old woman residing in the province’s Cu Jut District, for violating regulations on protection of endangered, precious and rare animals, the district’s People’s Procuracy said on Friday.

With such a charge, the old woman is going to face a jail term from 10 to 15 years, as prescribed in Article 244 of the Vietnamese Penal Code, according to the agency.

L. committed the offence in December 2020 when she bought five iguanas for VND2.5 million (US$110) from a strange man, who was offering her 17 such wild animals, the indictment said.

After the deal, the man asked L. to keep the remaining 12 iguanas at home for him and said he would come back soon to take back the animals.

L. agreed at the man’s request, but he did not return.

The woman had since raised all 17 iguanas, weighing 27kg in total, until the illegal captivity was discovered by local forest protection unit.

When a forest ranger team was conducting an inspection at L.’s residence, she was absent from home, and the team seized all the iguanas as her relatives failed to show any documents related to the animals.

When being asked about the iguanas, L. said she had bought them with the intention of setting them free.

These animals were determined by authorities to have scientific name Varanus nebulosus, which belong to the group of endangered and critically endangered species under a government decree issued in 2019.