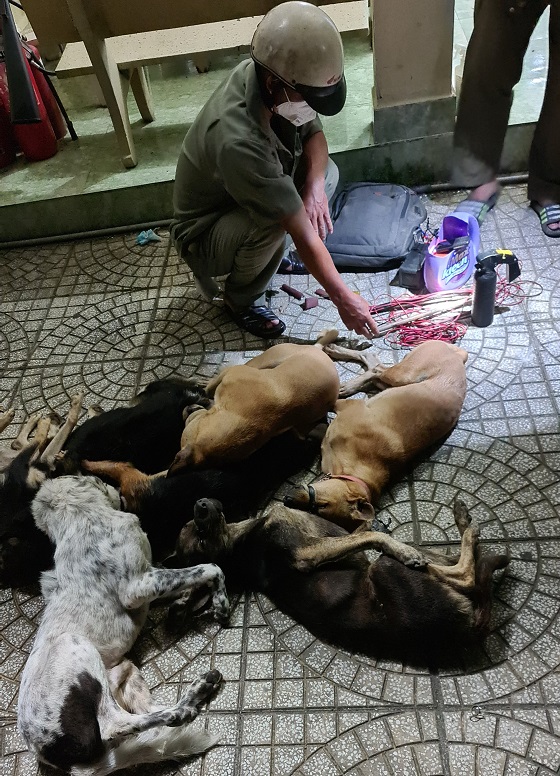 Traffic police from Binh Chanh District in Ho Chi Minh City on Monday chased and arrested Nguyen Thanh Huy, one of two local men who had allegedly electrocuted dogs to steal them.

The incident happened at around 10:00 pm when traffic police officers on a night shift were conducting alcohol breath testing on commuters along Nguyen Van Linh and Binh Thuan-Cho Dem Highways.

A motorbike driven by two men who were carrying a black bag along with dog electrocuting equipment at Nguyen Van Linh Roundabout caught the patrol team's attention.

Noticing the nearby presence of the officers, the suspected dog thieves ran away.

Police apprehended Huy, while his accomplice fled the scene.

Shortly after that, the team reported the case and handed over Huy along with evidence, including electrocuted dogs, to local police for further investigation.

Officers revealed that Huy had previously been convicted of property theft and could not present his driver's license, vehicle registration or ID card during a preliminary inspection.