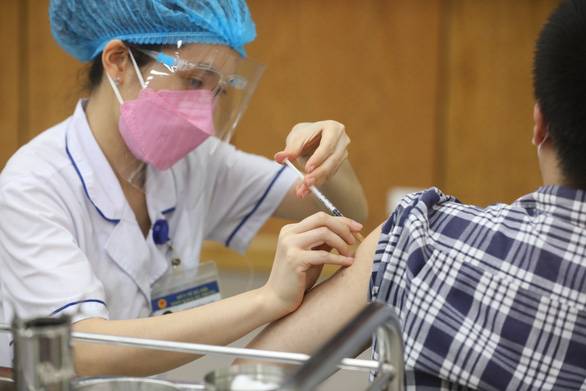 The Vietnamese Ministry of Health has requested authorities in every province and city, the Ministry of Public Security, and the Ministry of National Defense to swiftly submit reports on COVID-19 vaccine demands to calculate a reasonable distribution road map for 2022.

In the request issued on Thursday, the ministry also asked for the statistics on vaccine doses received and administered in each locale and by the two ministries as of October 31.

The reports are necessary for designing a comprehensive distribution plan of COVID-19 vaccines for the last two months of 2021 and securing effective vaccine use in 2022, according to the ministry.

By the end of November 9, the ministry had allocated a total of 112.7 million doses of COVID-19 vaccines to Vietnam's 63 provinces and cities in 81 rounds.

Health workers have administered more than 95.5 million vaccine doses since inoculation was rolled out on March 8, with over 32 million people having received two injections, as of Thursday.

Over 85 percent of the country's adult population have received at least one vaccine shot while more than 43 percent have been fully vaccinated.

Fifteen out of 63 provinces and cities have reported coverage of at least one dose of vaccine for over 95 percent of their adult population.

Fifteen other locales have reached a 50-percent coverage of first vaccine shots.

Meanwhile, authorities in 12 localities are carrying out the vaccination program for children from 12 to 17 years old, with the total number of injections topping one million doses.

Vietnam has found 1,000,897 infections since the COVID-19 pandemic first hit it early last year, including 995,903 community transmissions in all of its 63 provinces and cities since the fourth virus wave broke out in late April.