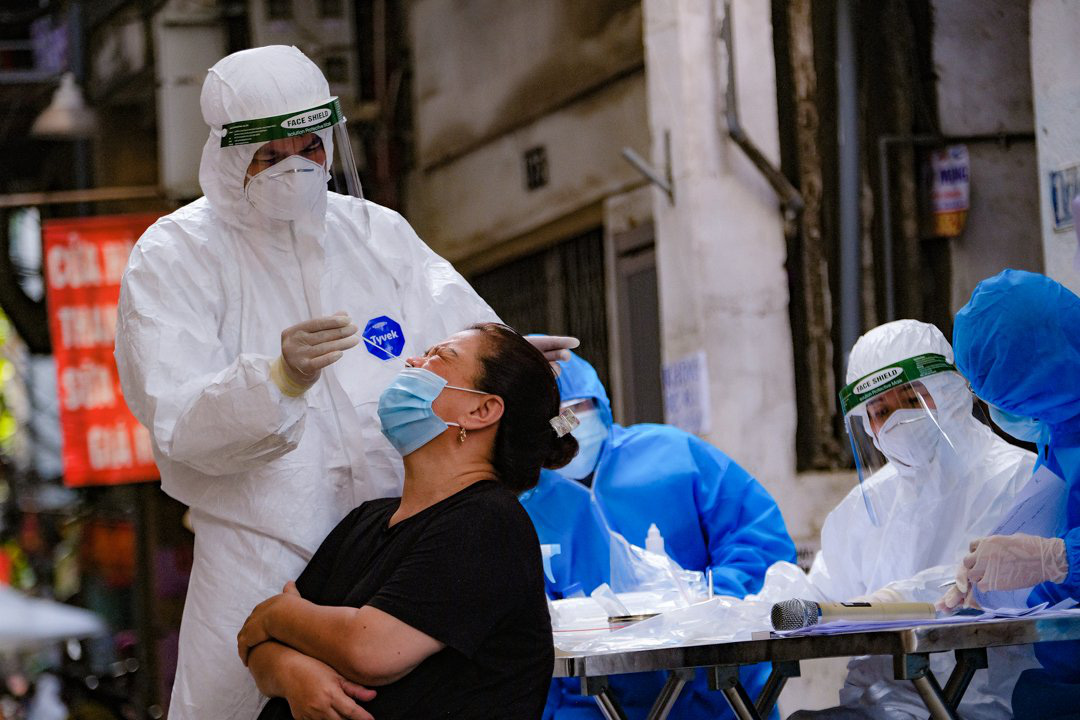 -- As of Tuesday morning, Vietnam has received about 135 million COVID-19 vaccine doses, the Ministry of Health stated, adding that the number is expected to increase to 190 million shots by the end of this year.

-- Hanoi recorded 289 domestic infections in 19 districts on Monday, the highest daily count since the fourth outbreak hit Vietnam on April 27.

-- Soc Trang Province has become the first locality in the Mekong Delta to vaccinate children against COVID-19 after initiating an inoculation campaign for 80,000 students aged 12 to 15 on Monday.

-- Authorities in the northern province of Bac Giang have lifted a lockdown on Yen The District, home to about 100,000 people, after a recent infection cluster was put under control.

-- Authorities in the south-central province of Khanh Hoa have allowed local discos, karaoke shops, and massage parlors to reopen from Tuesday, but these facilities must operate at 50 percent of capacity and only offer their services to vaccinated customers.

-- Three people in a family were electrocuted to death while using electricity to catch fish along a stream in Da Lat City, located in the Central Highlands province of Lam Dong, on Monday afternoon.

-- The Civil Aviation Authority of Vietnam (CAAV) has proposed that the Ministry of Transport increase the number of domestic flights this month, and resume the normal operation of domestic air routes from December, the Vietnam News Agency reported.

-- Authorities in the central city of Da Nang have allowed twelfth-grade students to resume offline learning from November 22, while eleventh and tenth graders will return to school from November 29.

-- Vietnam will compete with Saudi Arabia in the final FIFA World Cup qualification round in Hanoi at 7:00 pm on Tuesday. The game will be broadcast live on VTV6 Channel.