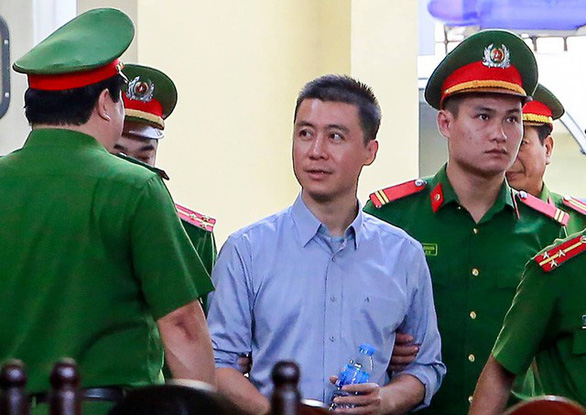 A court in Vietnam has requested that a gambling organizer be brought back to jail since he had been released from prison ahead of schedule following two commutations given to him illegally.

The People’s High Court in Hanoi on Sunday made a cassation decision to approve the appeal by the Supreme People’s Procuracy against the two wrong commutations issued by the Quang Ninh Province People’s Court to Phan Sao Nam, who was jailed in the province after getting a five-year sentence two years ago.

Given the commutations, Nam, 42, former chairman of VTC Online JSC, was released more than 22 months early.

By accepting the said appeal, the high court concluded that the two commutations were issued without legal foundations and therefore ordered Nam to continue serving the sentence for 22 months and seven days.

In March 2019, Nam got the sentence at his appellate trial by the People’s High Court in Hanoi for organizing gambling and money laundering in a striking gambling case, in which the mastermind, Nguyen Van Duong, was condemned to 10 years in jail.

Previously, the first instance hearing for the case was opened in Phu Tho Province in late November 2018, with the same verdict given to the defendants.

The appellate court also announced a confiscation of VND548 billion (US$24.15 million) from Nam and ordered the man to submit an additional amount of VND929 billion ($40.92 million) to the state budget.

On April 29, 2020, around one year after Nam began serving his sentence at a prison in Quang Ninh, the provincial People’s Court issued a decision to give Nam a commutation of 19 months.

Nearly one year later, the same court continued offering Nam another commutation of three years and seven days, which was equal to the remaining period of his prison term.

Both the commutations were made based on the proposal of the prison where Nam was jailed.

Vinh and Hoa had their title as People's Public Security Officer stripped before serving the prison terms.

For their involvement in the issuance of wrong commutations to Nam, Hoang Van Tien, chief judge of the Quang Ninh People’s Court, his two deputies Nguyen Tri Chinh and Pham Thi Huong Giang, and many other judicial officials have been disciplined in the form of a warning by the Party's Central Inspection Commission.

According to the concerned civil judgment execution agency, Nam had paid a large part of the amount required by the appellate court, reducing the outstanding sum to around VND160 billion ($7 million), by October 2019.