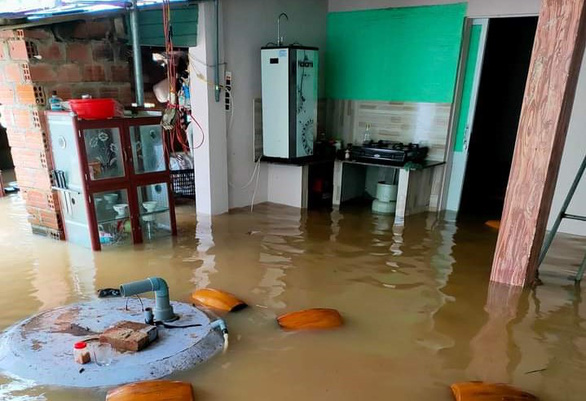 -- The number of patients hospitalized for COVID-19 treatment are still higher than recoveries, Pham Duc Hai, deputy head of the Ho Chi Minh City Steering Committee for COVID-19 Prevention and Control, said at a press conference on Monday afternoon.

-- A house on Vo Van Kiet Street in Ho Chi Minh City’s District 5 on Monday afternoon partly collapsed with two people inside getting out on their own while three others were safely rescued by local authorities.

-- Bac Lieu will temporarily remove all checkpoints at entrances to the southern province from Wednesday, and people arriving in the province after that are required to make medical declarations at commune-, ward-, and town-level healthcare stations.

-- Heavy rain lasting for days has caused flooding and completely paralyzed traffic in many communes in Hoai An District, located in the south-central province of Binh Dinh, Nguyen Huu Khuc, chairman of the district’s People’s Committee said on Monday.

-- Authorities in the south-central province of Phu Yen on Monday planned to evacuate hundreds of local households as heavy downpours in the past three days had caused flooding and isolated many residential areas in the locality.

-- The total import-export turnover between Vietnam and Australia reached a record of AUD14 billion (US$10 billion) in the first 10 months of this year, an increase of 50 percent over the same period last year, the Vietnam News Agency reported on Monday.

-- A middle school and a high school in the southern province of Dong Nai on Monday closed and switched to online teaching after a number of students were found infected with COVID-19, one week after the province executed its pilot scheme to let students go to school again.

-- The 45th edition of the National Athletics Championship will take place from December 5 to 12 at My Dinh National Sports Complex in Hanoi with 50 events to be featured, the Vietnam News Agency citedthe Vietnam Athletics Federation on Monday.