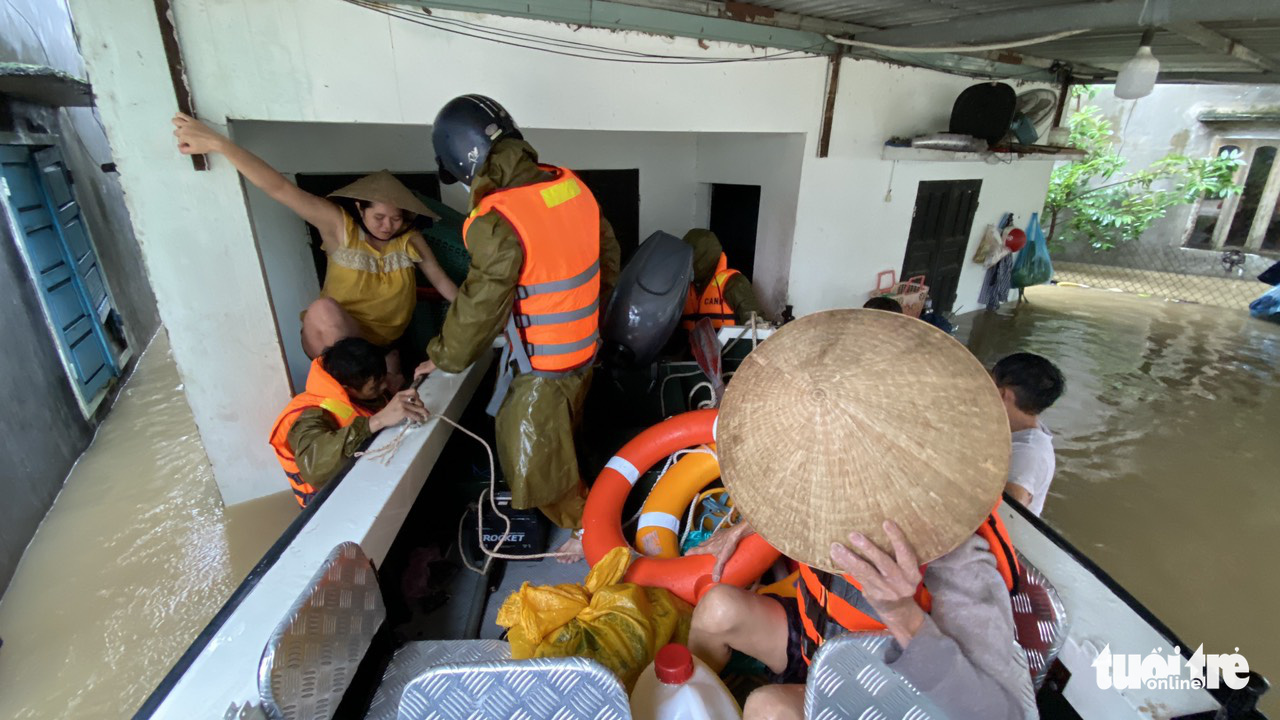 More than 10 people have been killed in accidents related to heavy downpours and floods in Vietnam’s south-central and Central Highlands regions over the past few days.

The steering committee for natural disaster prevention and control in south-central Phu Yen Province confirmed on Wednesday morning that five residents have died and one is missing after being swept away by floods.

Over 28,600 houses across the province have been inundated, most of which are located in Tuy Hoa City.

Multiple major roads have been submerged, isolating many areas.

Local authorities had evacuated about 5,500 households with 18,500 people as of Tuesday night.

In neighboring Binh Dinh Province, torrential rains and floods have killed three people and injured two others, according to provincial authorities.

More than 23,600 houses have been flooded, while many roads, embankments, and nearly 250 hectares of crops have been damaged.

The total damage is estimated at VND124 billion (US$5.4 million).

In south-central Ninh Thuan Province, two children aged four and six drowned after tripping and falling into a canal in front of their home on Tuesday afternoon.

Heavy rains over the past days had caused the ground surface to become slippery, which might have led to the accident, an official stated.

In the Central Highlands, two fatalities have been recorded in Dak Lak and Kon Tum Provinces.

South-central and Central Highlands provinces have been battered by heavy downpours over the past days, with total rainfall reaching 800 millimeters in several localities.

As of Tuesday evening, rains at 50-100 millimeters were still lashing the regions, according to the National Center for Hydro-meteorological Forecasting.

Prime Minister Pham Minh Chinh has requested authorities in the affected provinces to focus on responding to the natural disasters and ensuring safety for local residents.

Authorities must provide enough food and essential items for local residents, as well as paying attention to COVID-19 prevention and control, he stressed.