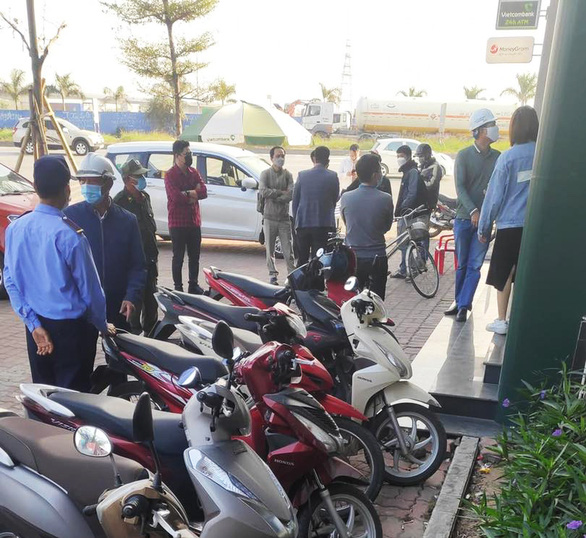 Police are hunting for an armed man who robbed a reportedly large amount of cash from a bank branch in the northern Vietnamese city of Hai Phong City on Friday.

A masked man in a dark color outfit, with a backpack and a cap, entered the Dinh Vu branch of the Joint Stock Commercial Bank for Foreign Trade of Vietnam (Vietcombank) in the city’s Hai An District at around 3:20 pm on Friday, local police reported.

The man suddenly pulled out a handgun, pointed it first at the branch’s guard and then at other staff.

He quickly approached a female employee at a transaction counter and forced her to give money to him.

After filling up his backpack with cash, the man fired a shot at the ceiling to threaten people before getting out, VTC News reported.

He then robbed a motorbike from a security man of the venue and escaped.

All the developments of the robbery were recorded in the bank branch’s security camera.

There were no casualties reported.

Police later found the motorbike left by the robber at a location in Trang Cat Ward in the same district.

Around VND3 billion (US$132,200) had been taken away, Zing News cited a local police source as saying on Saturday.

“We are currently extracting images from the camera system and are coordinating to hunt for the robber,” said a high-ranking official of the city’s Criminal Police Department.

Verification is underway to determine exactly how much money had been robbed, he said.