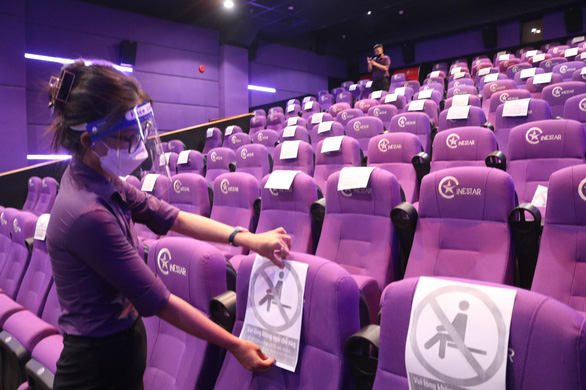 Authorities in Hanoi have decided to reopen local cinemas following a ban that lasted over nine months due to the COVID-19 pandemic.

Cinemas and art performance venues in the capital city are allowed to resume operations from Thursday, according to a document signed by vice-chairman of the municipal People’s Committee Chu Xuan Dung on Tuesday.

The decision was made following a proposal by the city’s Department of Culture and Sports.

The Hanoi administration tasked the Department of Culture and Sports, in coordination with the Department of Health and district-level authorities, with providing specific guidance so that local cinemas and art performance venues can operate safely and effectively in the current context.

Cinemas in Hanoi have been shut down since May 5 last year due to the serious pandemic.

The capital city has documented more than 154,000 local infections since the fourth virus wave hit the country last April.

Hanoi has been leading the country in terms of new cases over the past month with daily jumps of around 3,000.

However, the city is still classified as a green zone, or a locality at low risk of COVID-19 transmission, according to the Ministry of Health's criteria.

About 6.9 million out of eight million people in Hanoi have received their first vaccine dose, while over 6.6 million have been jabbed twice, according to the national COVID-19 vaccination portal.