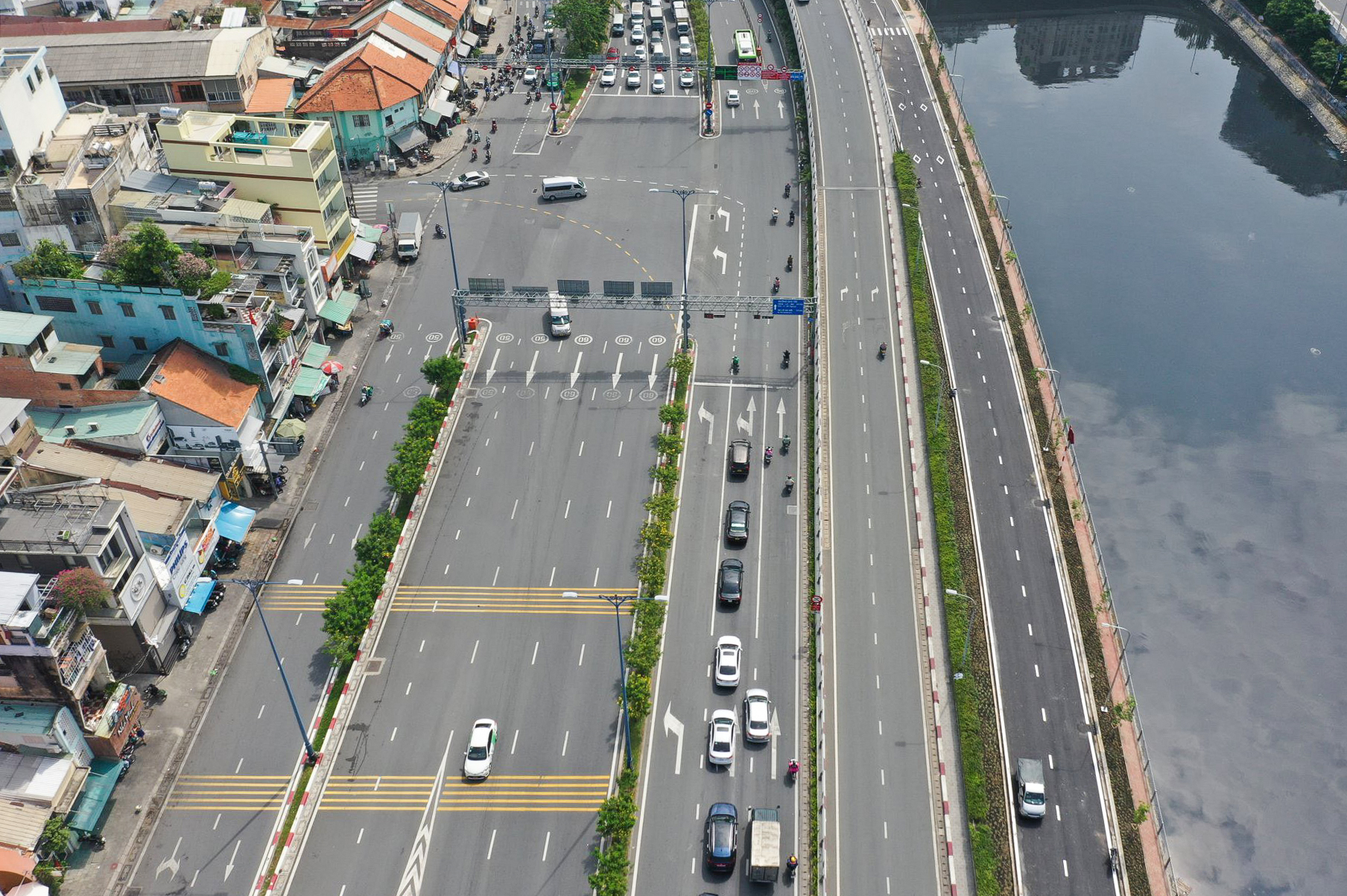 A US$3 million road running parallel to a boulevard in downtown Ho Chi Minh City was opened to traffic on Tuesday morning in order to alleviate congestion in the area.

Aside from building the road, the developer has also added a lighting system, trees, and sewers as well as renovated the embankment.

Costing VND70 billion ($3 million), the road will contribute to the reduction of regular traffic jams at Vo Van Kiet - Ky Con Intersection, Tran Quang Lam, director of the municipal Department of Transport, said during the inauguration.

It is also part of the preparations for the organization of a bus rapid transit (BRT) service and waterbus route No. 2, Lam continued.

Along with the inauguration of the road, the transport department announced the traffic directions for commuters on this route.

Accordingly, vehicles are allowed to travel in the direction from Nguyen Thai Hoc Street to Pasteur Street.

Trucks with a transport volume of more than 2.5 metric tons are not allowed to travel on this road, while parking is also banned.

Measuring 5.3 kilometers long and 30 meters wide, the expanded road is expected to boost connectivity in the district as well as neighboring provinces of Ho Chi Minh City.