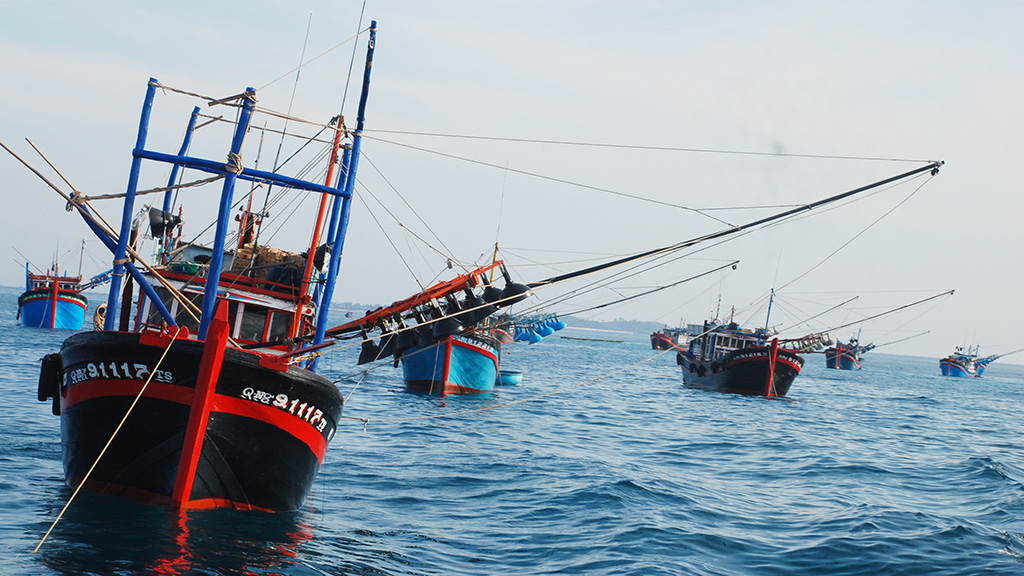 The Vietnam Fisheries Society (VINAFISH) has strongly protested against China’s unilateral ban on fishing in the East Vietnam Sea, deeming it a wrong and null action taken in Vietnamese waters.

Standing vice-president of the VINAFISH Nguyen Chu Hoi on Wednesday sent a document to the Government Office and relevant ministries to express the organization’s opposition to China’s unilateral fishing ban in the East Vietnam Sea in 2022.

China recently announced that the ban would take effect on May 1 and was expected to last for three months, with affected areas including Vietnam’s Gulf of Tonkin and Hoang Sa (Paracel) archipelago.

This is a unilateral, repetitive, and unreasonable action by China which seriously infringes upon Vietnam’s sovereignty and violates Vietnam’s rights and interests in the country’s exclusive economic zone, Hoi stressed in the document.

It also goes against international law, including the 1982 United Nations Convention on the Law of the Sea and related legal documents, as well as the Declaration on the Conduct of Parties in the East Vietnam Sea (DOC).

“The issuance of the annual ban increases the risk of clashes between Vietnamese fishing boats and the Chinese coast guard, and hinders regular activities of Vietnamese fishermen in the Vietnamese waters,” he underlined.

The VINAFISH strongly opposes such a wrong, unilateral, and repeated action by China, asserting that it is invalid and demanding that China immediately end the unreasonable fishing ban in the East Vietnam Sea.

The VINAFISH asked competent authorities to take necessary measures to stop such a prohibition.

The agency will also coordinate with relevant units to encourage local fishermen to continue their operations and comply with the law when fishing at sea, as well as to protect the fishers’ legitimate rights.