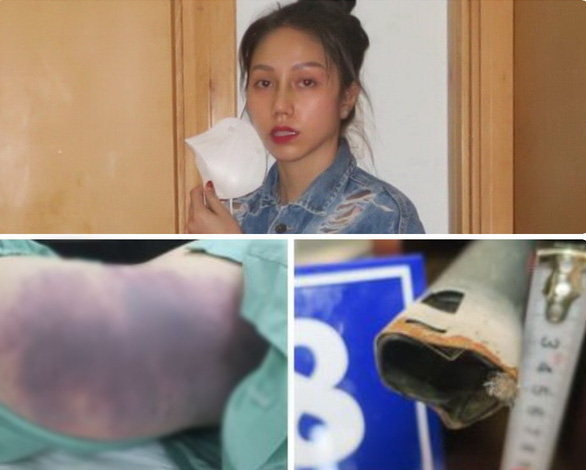 Prosecutors in Ho Chi Minh City have issued an indictment for murder and abuse of people against 27-year-old Nguyen Vo Quynh Trang, who allegedly beat the daughter of her partner to death last December.

Trang’s partner, Nguyen Kim Trung Thai, 37, a resident of Ho Chi Minh City, was also indicted for abuse and concealment of crimes, the municipal People’s Procuracy said on Wednesday in an indictment delivered to the local People’s Court.

Trang, who hails from Gia Lai Province, was arrested on December 23 last year, one day after a city hospital released a report on the unusual death of N.T.V.A., Thai’s daughter.

Trang was initially charged solely with abuse, but prosecutors eventually pressed a murder charge against her.

The prosecution is currently building its case based on the case file, data extracted from a camera at the crime scene, relevant phone calls and text messages between Trang and Thai, the forensic examination of A.’s body, and testimonies from both the couple and other witnesses.

According to a forensic report, A. died at the age of eight from acute pulmonary edema due to traumatic shock.

New lesions which appeared several hours before the victim passed were labeled as the primary cause of the death while older lesions were confirmed to be contributing factors to the fatality.

Trang and Thai allegedly began assaulting A. shortly after they moved in together in May 2020, one month after Thai divorced his wife.

Thai deleted security camera footage from his apartment immediately after A.’s death, but police were still able to recover the footage.

He told investigators that his partner began rampantly abusing A. in October 2020 when the young girl shifted to online classes due to the COVID-19 pandemic, claiming that Trang brutally beat the little girl with tree limbs, iron tubing, plastic piping, and rattan.

Thai also admitted to having hit his daughter several times.

According to prosecutors, Trang and Thai began beating A. in the late evening on December 10, 2021 and continued until 2:00 am the following day, injuring the girl’s vital organs.

Consequently, A. fell into a coma and was taken to the hospital.

She was found to have died from a cardiac arrest and apnea before arriving at the facility.

The girl’s unusual injuries prompted doctors to contact police, and an initial autopsy later determined the girl had suffered a hematoma under the skin of her forehead, a mild cerebral edema, and broken ribs.

Thai’s family had forbidden him from marrying Trang and he did not want to have more kids with her, according to investigators.

The situation, investigators said, created such resentment in Trang that she took to beating A., and refused to allow the girl to meet her mother.

The case has drawn attention from UNICEF Vietnam, whose representative Rana Flowers on December 29, 2021 released a statement to express “its deep sadness and concern over the recent violent death of a young girl at the hands of someone who she should have been able to trust, to protect her [sic].”

Flowers emphasized that “a strengthened protection system for women and children is urgently needed in Vietnam.”

Such a system, the statement read, should consist of qualified professional social workers who can respond to the needs of children and women, should also include training for law enforcement and legal officials, such as judges, and should be centered on a zero-tolerance attitude toward violence.