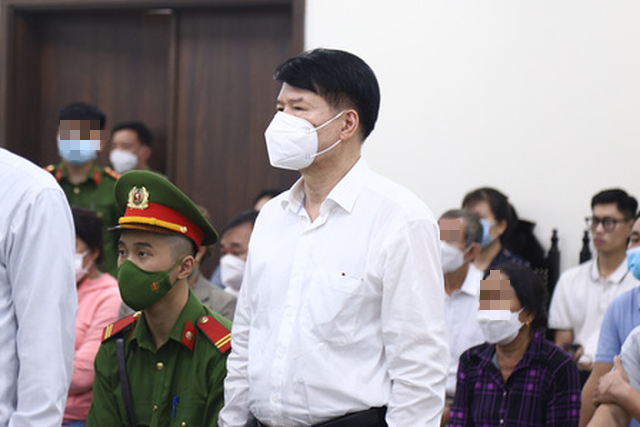 HANOI -- A court in Vietnam on Thursday sentenced a former deputy health minister to four years in prison for his involvement in a trading ring for fake medicines.

Truong Quoc Cuong, 59, who had been a deputy health minister since 2016, was accused late last year of helping local firms to import more than VND148 billion ($6.4 million) worth of fake medicines to sell domestically, according to a Ministry of Public Security statement.

Vietnam authorities have stepped up an anti-graft drive with a recent series of arrests targeting prominent business people, market regulators and health officials.

Dozens of senior health officials have been accused of wrongdoing in medical procurement, including claims they overstated the cost of coronavirus test kits.

The Communist Party of Vietnam has also proposed disciplining the Minister of Health Nguyen Thanh Long for his "involvement in wrongdoing".

It was unclear if Cuong pleaded guilty. He was convicted of demonstrating a "lack of responsibility, causing serious consequences" at his seven-day trial in Hanoi, his lawyer, Nguyen Hong Bach, said.

The court also sentenced 13 others to between two and 20 years in prison for their involvement in the case, according to a police statement.