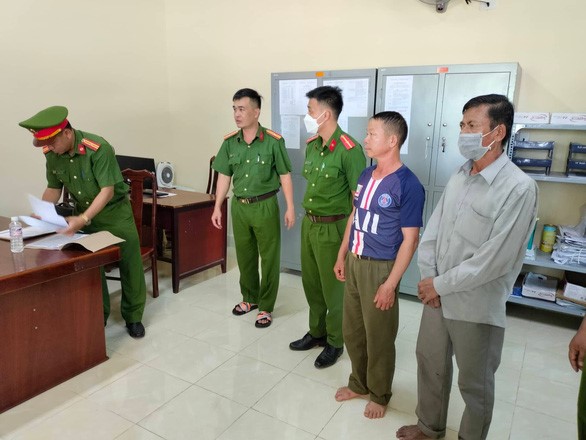 Police in Dak Lak, a province in Vietnam's Central Highlands, have detained and levied charges against 28 local residents accused of destroying over 380 hectares of forest in a local commune.

The suspects were taken into custody following an investigation which began on April 12 into the largest-ever case of deforestation in Dak Lak, local police announced on Sunday.

All 28 suspects have been charged with 'forest destruction' under the Vietnamese Penal Code, and the provincial procuracy has ratified the arrest warrants and prosecutions against them.

They were found to have been involved in deforestation activities in different areas of Ya To Mot Commune in the province’s Ea Sup District, with an aim to illegally occupy forest land, police said.

The area of destroyed forest totals approximately 382.07 hectares, which is part of the forest areas under the management of the commune administration since 2020, according to investigators.

All the detainees have admitted to their crimes and police are expanding their probe into the case.

At a recent meeting held to discuss the deforestation, Major General Le Vinh Quy, director of the provincial police, blamed it on local authorities, including police officers and rangers in charge of forest protection, Nguoi Lao Dong (Laborer) newspaper reported.

“These forces have failed to fulfill their responsibilities, showing signs of lax management,” Quy said.

The official pointed out that many houses were erected in the areas where forest had been destroyed.

Under Article 243 of the Penal Code, those setting fire to or destroying forests or causing damage are subject to punishments ranging from a community sentence of up to three years to a prison term of up to 15 years.