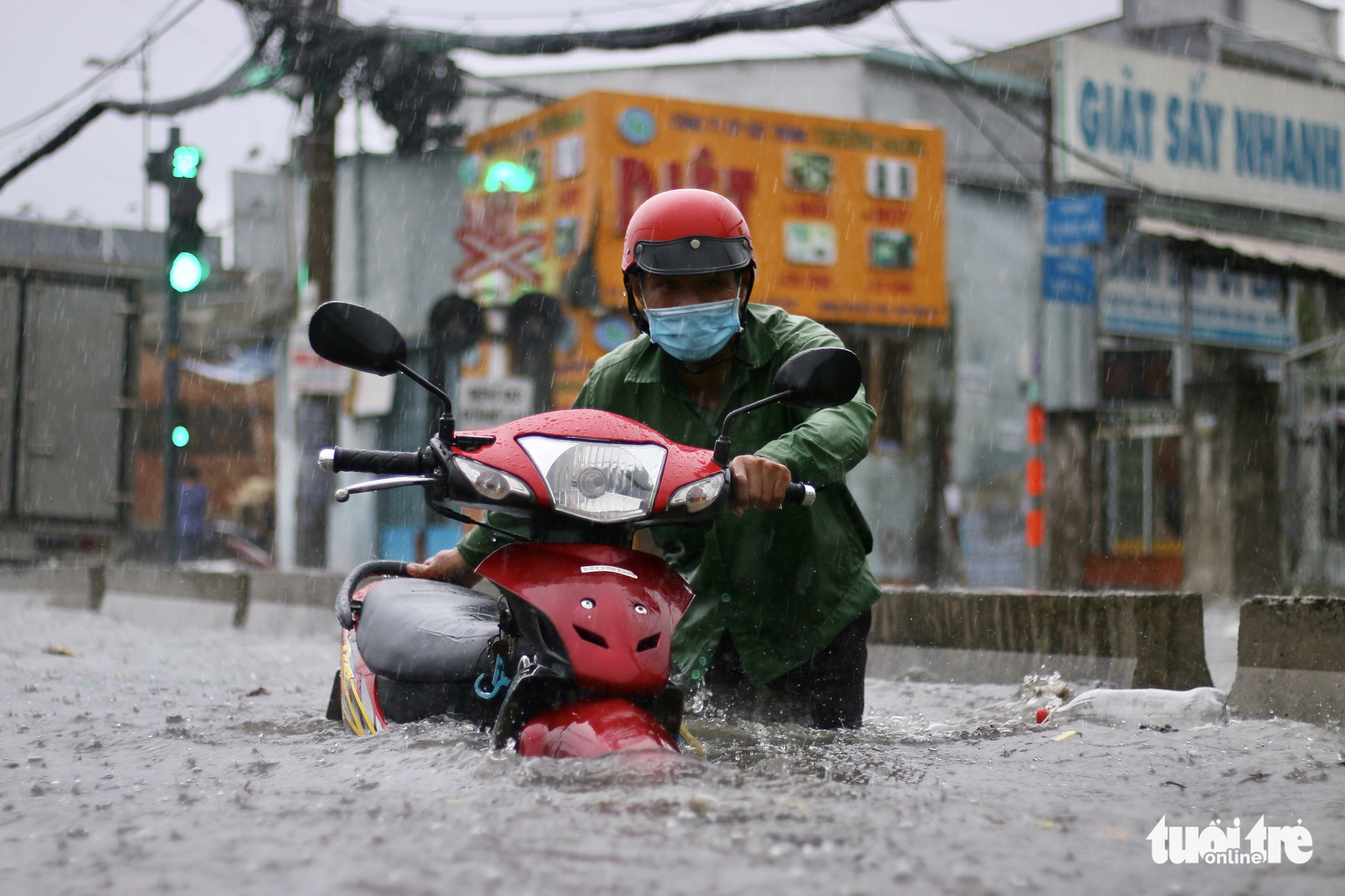 The heavy downpour was the result of the southwest monsoon, which has been picking up strength, according to Le Dinh Quyet, an official from the southern hydro-meteorological station.

During the rain, a hailstorm lasting about five minutes was also recorded, but the hailstones were rather small and melted as soon as they touched the ground.

As of 5:00 pm the same day, the rain had reduced in intensity and rainwater had partly receded on local streets, but severe congestion posed a lot of difficulties for commuters along major routes, namely Xo Viet Nghe Tinh, Ung Van Khiem, and Dien Bien Phu Streets.

Torrential rains will remain in the forecast over the next few days in southern Vietnam, giving rise to a high risk of flooding in many areas, Quyet stated.

The downpours will be less intense around June 26 to 28, he added.