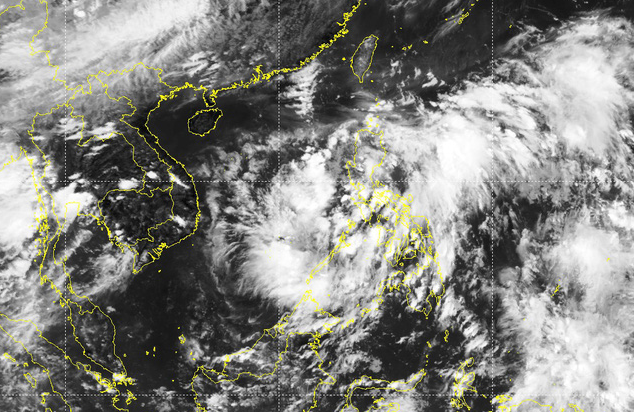 A low-pressure area is forecast to enter the East Vietnam Sea on Tuesday night and later develop into a tropical depression or storm.

As of Monday, the low-pressure area was located in the southern part of the Philippines’ Luzon Island, according to Mai Van Khiem, director of the National Center for Hydro-meteorological Forecasting.

It is expected to enter the northern or central sections of the East Vietnam Sea around Tuesday night.

Between Wednesday and Saturday, the low-pressure area is likely to strengthen into a tropical depression with a probability of 70-80 percent, and later evolve into a storm with a chance of 40-60 percent, Khiem added.

The weather expert also warned about heavy downpours in northern and north-central Vietnam, as well as rains and thunderstorms in the southern and Central Highlands regions in late June and early July.

The ongoing hot weather in northern and north-central provinces is expected to last until Wednesday, with the highest temperatures ranging from 35 to 38 degrees Celsius.

After that, the regions will be lashed by torrential rains until Saturday.

In southern Vietnam and the Central Highlands, rains will also be in the forecast from Wednesday to Sunday.

The rains may be accompanied by whirlwinds, lightning, hail, and gusts and will pose a high risk of inundation in low-lying areas with landslides and flash floods possible in mountainous localities.

Small-scale floods are likely to occur in rivers and streams in northern and north-central localities.