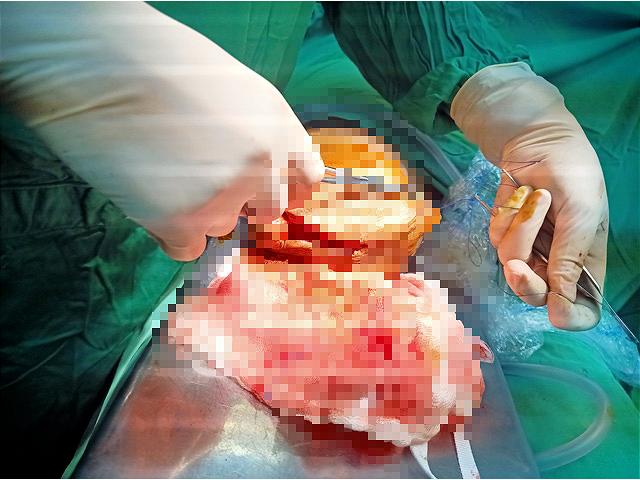 Vietnamese inmate cuts off own penis

Doctors have successfully reattached the penis of an inmate in Vietnam’s Central Highlands region after the man had severed his own genitalia while feeling upset.

The Central Highlands Region General Hospital confirmed on Wednesday morning that doctors had managed to reattach the severed penis of T.M.T., a 32-year-old inmate at the Dak Tan prison in Dak Lak Province.

T. was admitted to the infirmary at 3:30 pm on July 8 with a cut-off penis, serious blood loss, and a drop in blood pressure.

The patient was rushed to the operating room and his genitals were reconstructed following a two-hour surgery.

Doctors faced a lot of difficulties during the surgical process as the patient was admitted to the infirmary six hours after the penis was chopped off, said Nguyen Ngoc Hoang, head of the department of nephrology and urology at the Central Highlands Region General Hospital.

The severed genitalia was not preserved properly, Hoang continued, adding that it was covered with dirt and suffered frostbite from being put directly into the ice box.

Doctors had to give the patient about 700 milliliters of blood as he suffered severe blood loss.

The patient is currently in stable condition and is expected to be discharged from the hospital in the near future.

Preliminary information showed that T. had hacked his own phallus off while feeling upset.