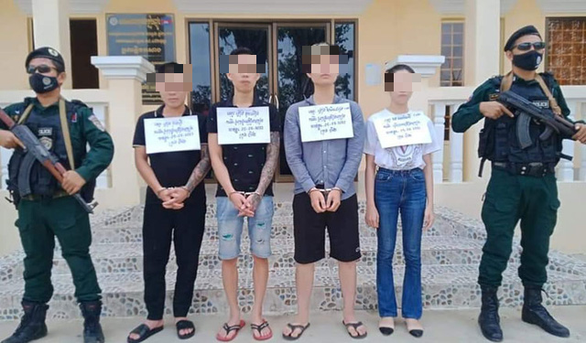 The anti-drug police of Svay Rieng Province, Cambodia captured four Vietnamese for drug trafficking during a raid on August 5, including one woman and three men.

Identities of the individuals have yet been revealed by relevant forces.

Police also confiscated several types of drugs, including methamphetamine, ketamine and ecstasy, weighing more than one kilogram, as well as 12 mobile phones, one laptop, US$922, VND28 million ($1,197), and 40,000 Cambodian Riel ($10).

In the first quarter of the year, the police force of the Anti-Drug Department under the Cambodian Ministry of the Interior seized twenty times more drugs than during the same period in the previous year.