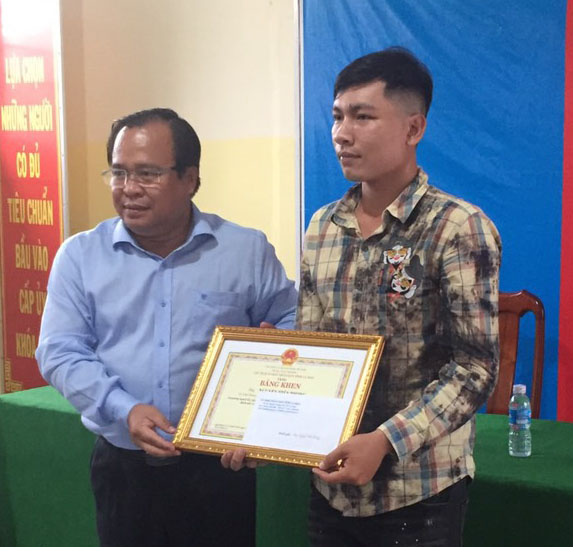 The People’s Committee of Ca Mau Province in Vietnam’s Mekong Delta region granted an honorary certificate to a taxi driver on Thursday for returning a lost wallet containing US$4,000 in cash to its owner, a Vietnamese American.

Phong found a wallet left in his cab after a trip to Tac Say Church in Gia Rai Town, Bac Lieu Province on the afternoon of September 11.

He drove his taxi home and reported the incident to local police in Cai Nuoc after he searched everywhere but could not find the owner of the wallet.

He also looked for the owner via social media posts.

Police officers later managed to identify the owner of the wallet as Huynh Nhu, a Vietnamese-American national.

In the presence of police officers, Phong returned the wallet containing $4,000 in cash and personal documents to Nhu at noon on September 12.