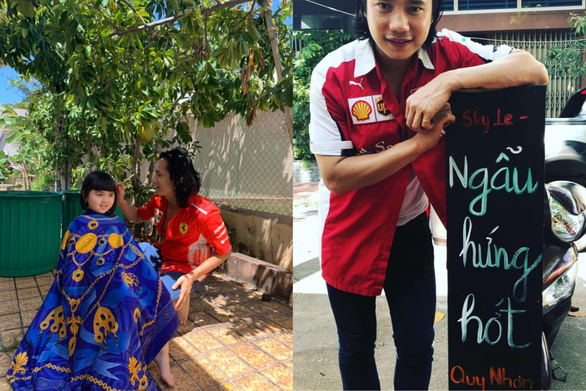 A Vietnamese hair stylist from the U.S. state of Missouri plans to offer free hair styling to passers-by he meets on his intercontinental trips.

The donations, if any, will go straight to an international medical humanitarian organization.

After years saving from hair styling, Sky Le, 35, is set to kick-start his three-year-long journey in October 2022.

The man will be driving his pickup truck.

During his time in the U.S., Le got used to driving across the states and sleeping along the way, exploring and observing the great nature of America.

He is no stranger to long-distance road trips.

From his accounts, one of the motives for this dream journey is witnessing his best friend escaping death by a hair’s breadth.

He believes the daily hair work has him locked up behind invisible bars.

The stylist prefers to travel the world, meet people, hear their stories, and style their hair.

Before this journey, Le had gone on a few shorter trips, also giving away free hair styling.

His tools were one pair of scissors and a barber cape, so he could work anywhere along the way.

During his journeys, Le got to learn about the culture of the places he passed by.

He also connected with the Vietnamese people living there.

Le spent his evening logging in his journal and sleeping in the pickup truck.

For self photo-shooting and movie recording, the stylist equipped himself with a variety of equipment.

Besides, Le plans to support ‘Doctors Without Borders’ – an international organization founded by a group of French doctors in 1971.

For transparency of donation amounts, Le makes sure his donors feel free to wire their money directly to this organization rather than to him.

Doctors Without Border focuses on providing medical support for emergencies such as pandemics, hunger, war, and natural disasters.

Le moved to the U.S. at age 16 to pursue his hair-styling career, apprenticed to Donnal Chung, a known hair stylist from Hong Kong around the 1990s.

Sky Le has worked in many countries.

Following the journey, he plans to set up a vocational center, training hair stylists only for poor children.