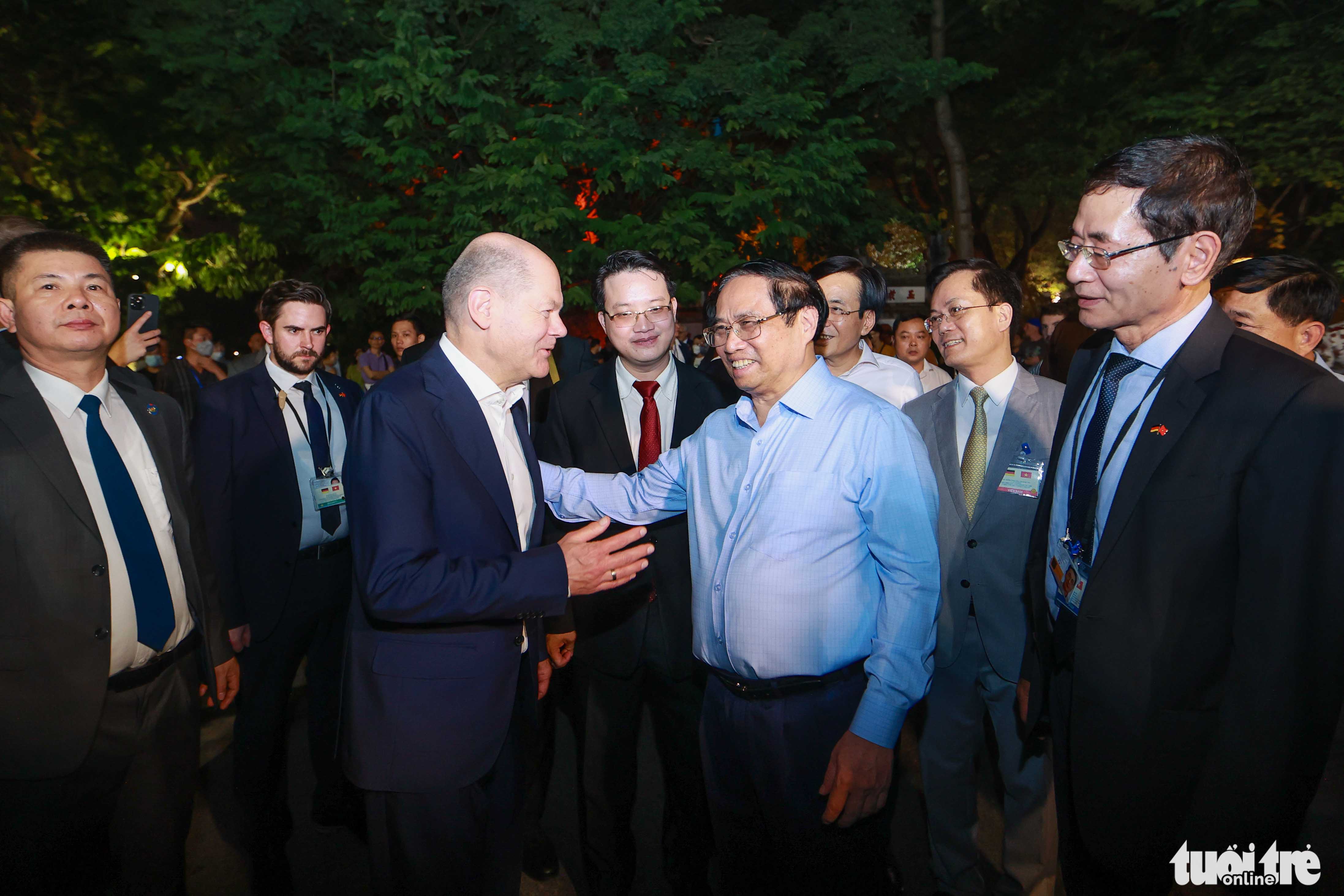 The activity took place after the two heads of government had joined talks earlier the same day, within the framework of Chancellor Scholz’s official visit to Vietnam on Sunday and Monday.

The two leaders and their delegations met at Ngoc Son Temple, where PM Chinh introduced to Chancellor Scholz the history of the temple as well as Hoan Kiem Lake.

A calligrapher at Ngoc Son Temple gifted the German Chancellor a calligraphy with the words 'Peace, Friendship, and Development.'

PM Chinh and Chancellor Scholz then exited the temple and took a walk along Hoan Kiem Lake.

They also had small conversations with some residents and foreign tourists.

The visit to Vietnam is part of Chancellor Scholz’s trip to East Asia, which is believed to show Berlin's interest in the Indo-Pacific region.

This is the first visit to Vietnam by a German chancellor in 11 years.

During Chancellor Angela Merkel's visit to Vietnam in 2011, the two sides signed a joint statement to establish the strategic partnership, creating a foundation for cooperation in many fields.