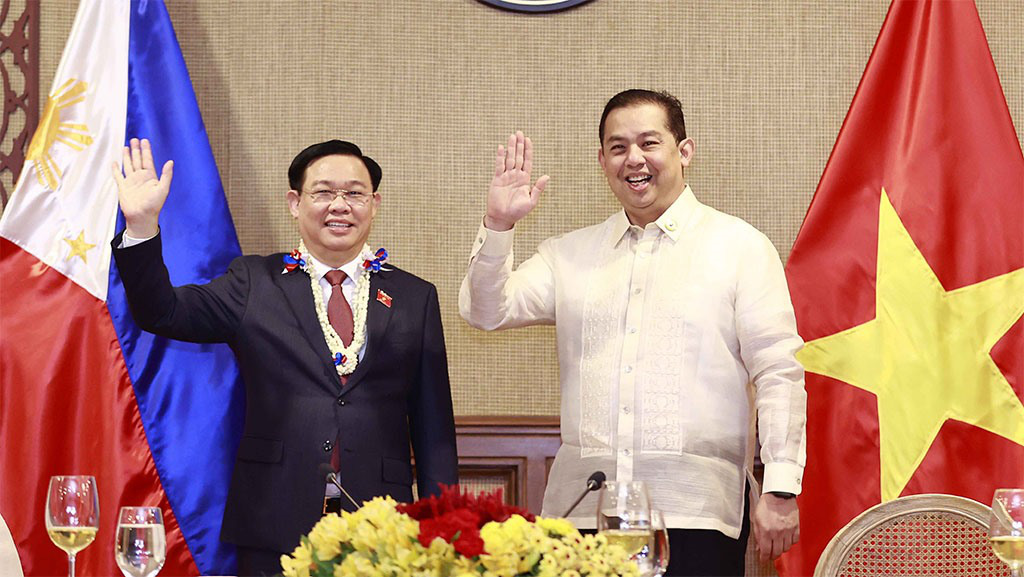 -- The 22nd Assembly of the World Peace Council is taking place in Hanoi and northern Quang Ninh Province from November 21 to 26, the first time it has been held in Vietnam, the Vietnam News Agency reported.

-- Vietnamese National Assembly Chairman Vuong Dinh Hue met with President of the Philippines Ferdinand Romualdez Marcos and Speaker of the Philippine House of Representatives Martin Romualdez in Manila on Wednesday as part of his ongoing official visit.

-- President Yoweri Kaguta Museveni and a high-ranking delegation of the Republic of Uganda arrived in Hanoi on Wednesday afternoon, beginning a three-day visit to Vietnam at the invitation of State President Nguyen Xuan Phuc.

-- The repair of a section of National Highway No. 1 in south-central Phu Yen Province has been extended by one month due to continuous heavy rains, an official of the Department for Roads of Vietnam said.

-- Rains in southern Vietnam are forecast to decrease in intensity on Thursday, while an enhanced cold front will lower temperatures in northern provinces, according to the National Center for Hydro-meteorological Forecasting.

-- Police in north-central Thanh Hoa Province confirmed on Wednesday they had apprehended six members of an illegal ring that smuggled narcotics from Laos into Vietnam and confiscated 6,000 pills of synthetic drugs.

-- The Ho Chi Minh City Confederation of Labor plans to provide about VND140 billion (US$5.6 million) worth of support to poor workers ahead of the 2023 Lunar New Year.