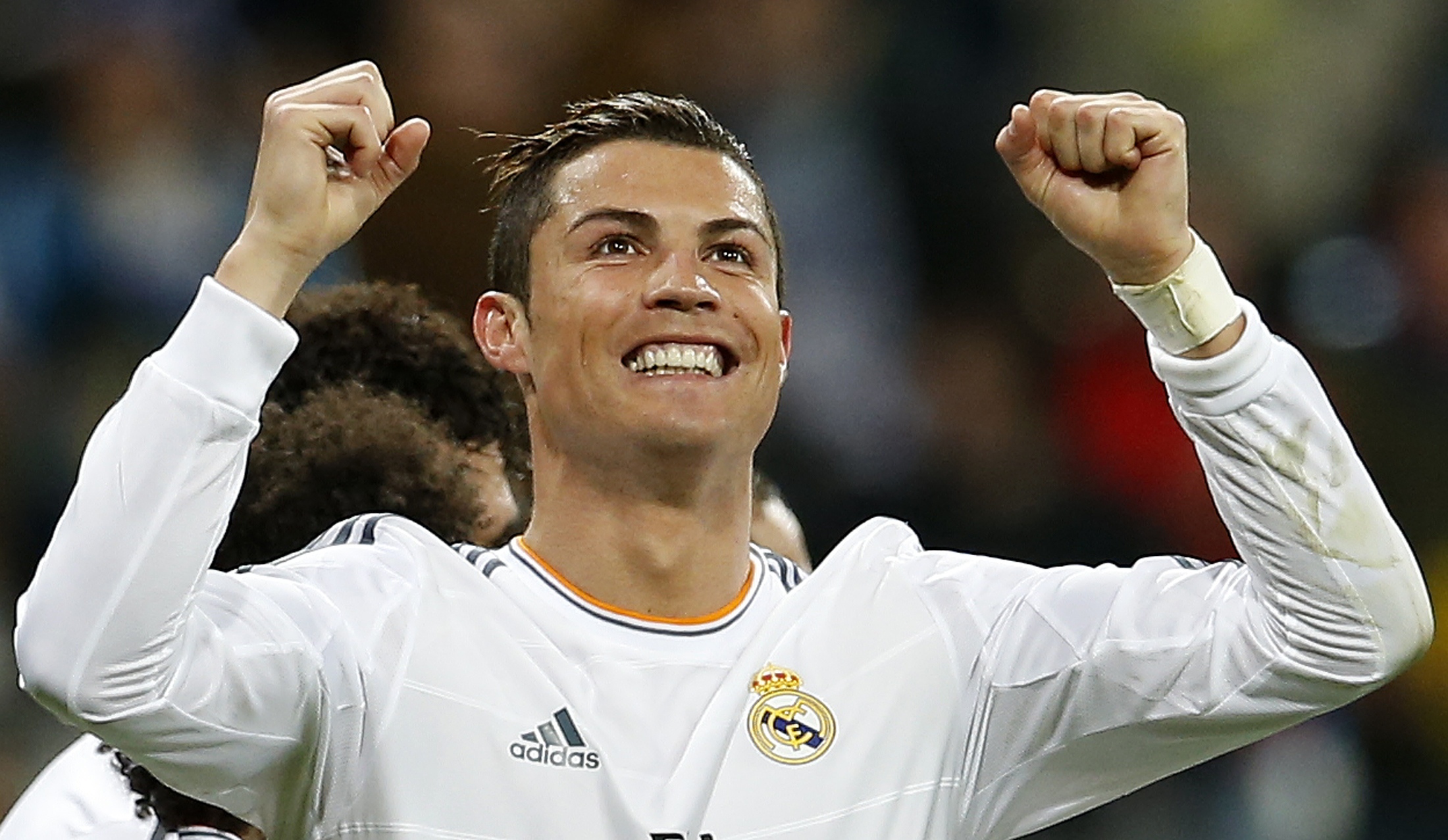 Cristiano Ronaldo dedicated his two goals in Real Madrid's 3-0 win over Celta Vigo on Monday to Portuguese legend Eusebio, who died at the age of 71 on Sunday.

Before the game at the Santiago Bernabeu a minute's silence was held alongside a video showing Eusebio with Ronaldo and other Real Madrid greats such as Alfredo di Stefano.

And Ronaldo welcomed the tributes that have been made to the man nicknamed the "Black Panther".

"I want to thank everyone, especially to all the people in Spain for the homage they have paid to Eusebio. For the Portuguese it is very important to feel the warmth shown by the Spanish people," said Ronaldo.

"He was someone who was very close to me and obviously my goals today were dedicated to him.

"He helped me a lot with the national team and he is an example for us. It is very sad that we have lost one of the greatest players of all time."

Victory moved Real back to within five points of Barcelona and Atletico Madrid at the top of La Liga.

However, the scoreline was flattering to Real as Celta passed up a host of clear-cut chances before Karim Benzema opened the scoring 23 minutes from time.

Ronaldo then took centre stage as he swept home late crosses from Dani Carvajal and Gareth Bale to take his tally for the season to 29.

And the former Manchester United man also revealed publicly for the first time that he will attend the ceremony where the winner of the Ballon d'Or for 2013 will be announced in Zurich on January 13.

Despite being named alongside Franck Ribery and Lionel Messi as the three finalists for the prize, Ronaldo had originally said he wouldn't attend the event in Zurich following comments from FIFA president Sepp Blatter criticising his manner of behaving on the field.

"Yes, I will go to the ceremony," he said. "I don't know if it is fair whether I win, or whether it is Ribery or Messi.

"I always try to do my job in the same way and help Real Madrid by scoring goals. If I win then it will be great, but if I don't then my life will continue and I will remain the same person."