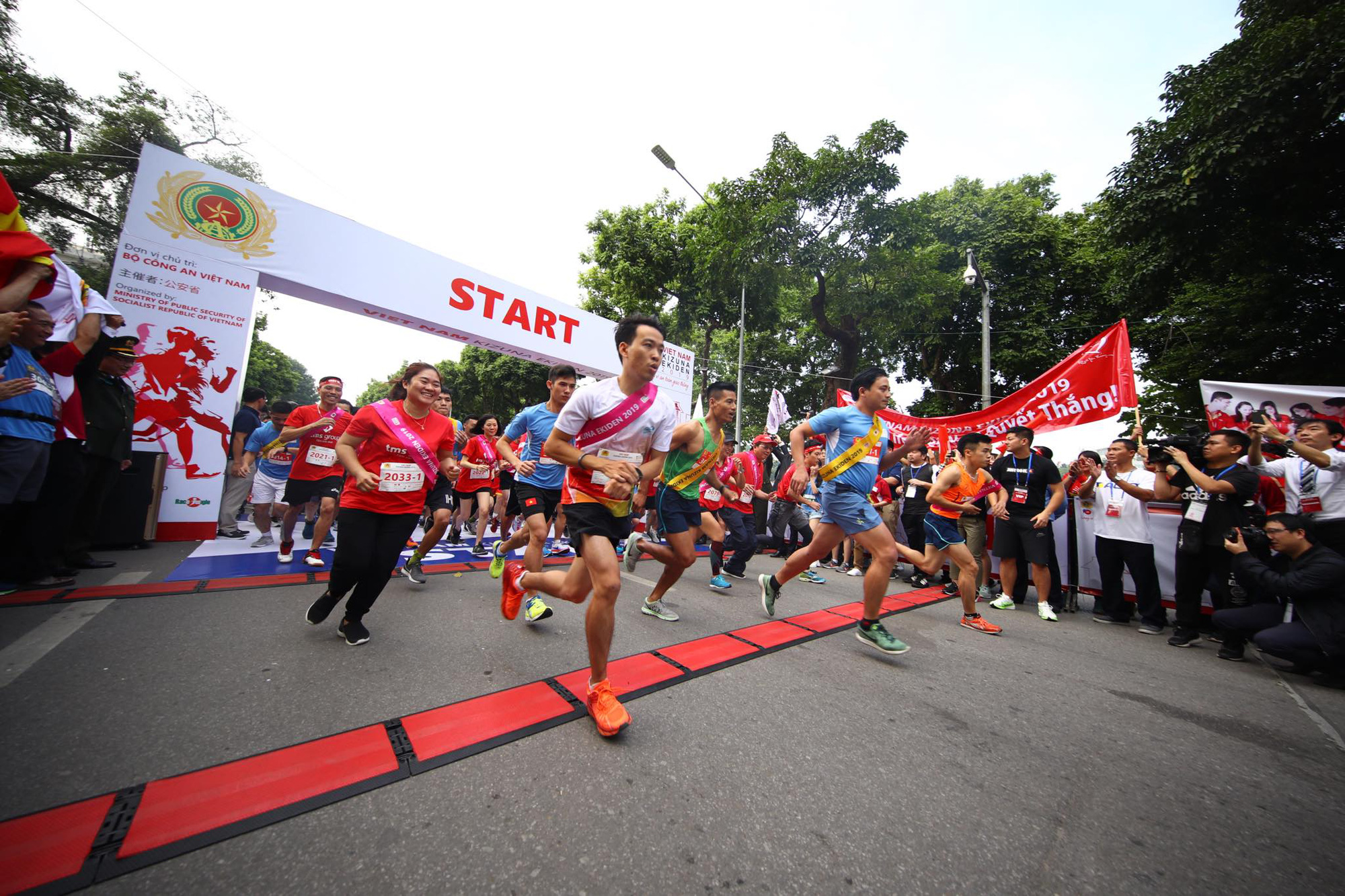 The second edition of Vietnam Kizuna Ekiden, a relay marathon aimed at raising awareness of traffic safety, kicked off at the iconic Hoan Kiem Lake in Hanoi on Sunday morning.

Via the event, the organizing board wants to express its hope for no traffic accidents in Vietnam, as well as in the world.

The first edition of the marathon was held on the occasion of the 45th anniversary of the Vietnam-Japan diplomatic ties, and this year’s event continues to help strengthen the two nations’ relationship.

The Vietnam Kizuna Ekiden 2019 was kicked-started at 7:40 am with the opening speech of Vietnamese Deputy Minister of Public Security Nguyen Van Thanh.

Deputy Minister Thanh and Truong Van Thong, head of the ministry’s department of external relations, were among the runners this year.

During the opening ceremony, Japanese Ambassador to Vietnam Kunio Umeda also delivered a speech on the growing friendship and cooperation between the two countries.

At the marathon, participants were divided into groups of four and required to complete a 3.4-kilometer relay race, or two rounds circling the Hoan Kiem Lake.

Ekiden is a form of long-distance running relay race originating in Japan, while the word ‘Kizuna’ means connection between people in the Japanese language.